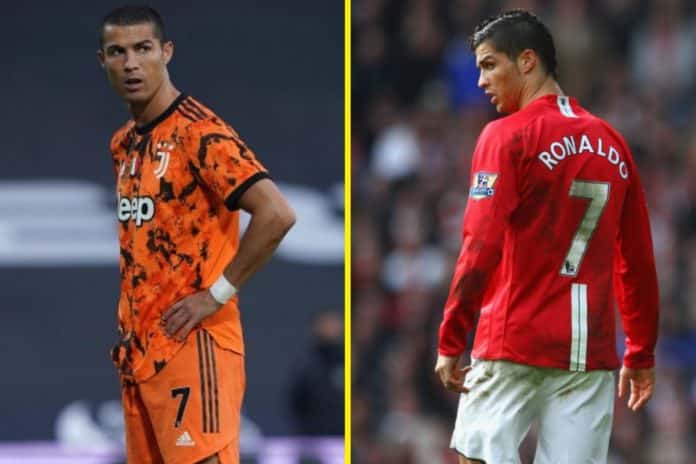 Cristiano Ronaldo may return to Old Trafford next summer if he finally leaves Juventus as he is strongly considering a Manchester United return. According to reports have told Cristiano Ronaldo they are keen on re-signing him, and the Portuguese superstar is open to a return to the Premier League side.

Juventus is also not having a great time in the domestic league as well. They are now 5th in the table, and The top 4 place is also a concern for Juventus. After winning 9 straight Serie A titles win this is the first season when they lose the title.

If Juventus finally failed to qualify for the UEFA Champions League next season, Cristiano Ronaldo will surely move to any other team next summer. His former club Man United is one among a few clubs who can afford to sign the five-time Ballon d’Or winner, and as per the reports, the Red Devils have already contacted him for a potential return next summer.

Recently United extended the contract of Edinson Cavani. But Manchester United boss Ole Gunnar Solskjaer hinted at bringing a new star striker next summer. Some assumed that Harry Kane might be the first choice of the Premier League side. But recent reports suggest that Cristiano Ronaldo is very much on the target list as well.