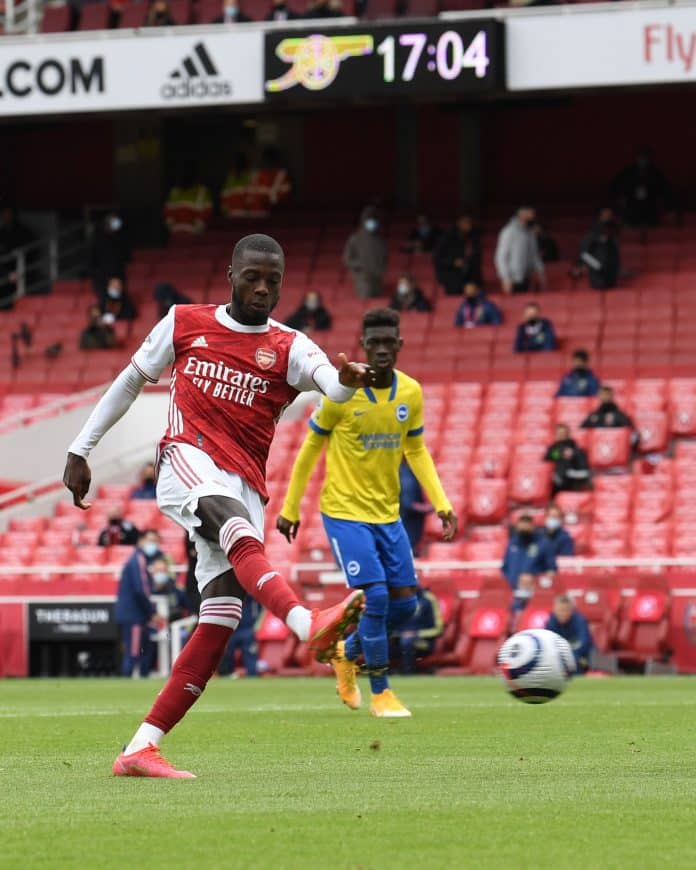 Arsenal will not be playing in any European competition next season, despite winning 2-0 against Brighton on the final day. A double from Nicolas Pepe helped the Gunners to an easy victory against the Seagulls, but it was not enough to secure any form of European football due to their 8th place finish.

Their London rivals, Tottenham, did amazingly well to secure a chance to qualify for the Europa Conference League with a win over Leicester City at the King Power Stadium. Ryan Mason’s team came from behind twice to not only nullify Jamie Vardy’s double, but also put four past Kasper Schmeichel on the day.

This miraculously helped their arch rivals Chelsea qualify for the Champions League as well, while Leicester City will have to be content with another season of Europa League football. Ironically, the Foxes have spent the most number of days in the top four this season and fell out only on the final day.

Arsenal’s fall from grace has not been taken well by fans, with about 10,000 showing up outside the Emirates to demand that the Kroenke family sell the club. Spotify CEO Daniel Ek has made bids to take over the club, but those have been rejected by the current owners.

The Gunners crashed out of the Europa League in the semi finals this season, to former coach Unai Emery’s Villareal. And their sole focus next term, will be to secure a higher finish in the Premier League, with only domestic cup competitions providing a more realistic chance of lifting silverware.

Previous articleAMD Zen 4 based CPUs could feature up to 24 cores, AVX512 support coming
Next articleRonald Koeman calls for squad overhaul as the 20/21 season ends