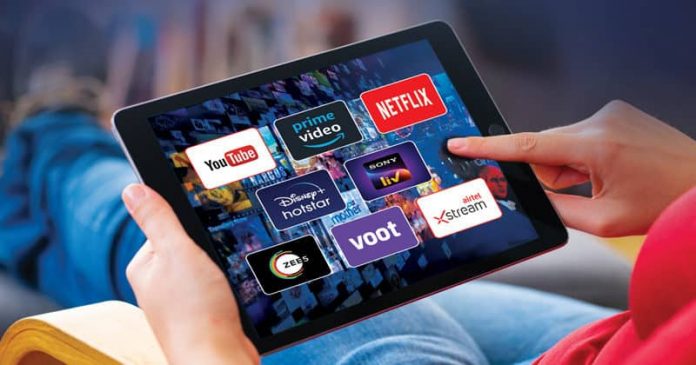 After the pandemic year, we are mostly dependent on the OTT platform for entertainment. In the list of top OTT platforms, Netflix, Amazon Prime Video, Zee5, Voot, Hotstar, and Sony Liv which are the most preferable and also popular streaming platform. We all are waiting eagerly to watch some incredible staff on those platforms.

The story of this series revolves around the life of Meredith Grey who is the daughter of the popular surgeon Ellis Grey. It is beginning from her acceptance into their surgical residence program to the imaginary Seattle Grace Hospital.

This series is based on time jumps. It is based on Mandy and Kyle who have a three-year-old daughter named Sarah. On the other side, Kristin and Ryan have a little daughter. After Kyle and she moving into the Baxter house at the time of the pandemic, Mandy becomes very annoyed by the constant parenting advice of Vanessa.

This series depicts a story of a woman named Teresa who wants to expand her business in New York City. After she took this decision James has proved his allegiance to Teresa.

It is very good news that this series will come after a long time. In this latest season, it will once again provide hilarity and absurdity in equal measure. The series was started at the end of the world and we will see Robin and her friends will celebrate this.

It is an incredible series. These series revolve around a former NCAA Division 1 basketball coach who is lost his job due to throwing a chair at a ref in a moment of anger. After that, he got a job as a coach of a high school basketball team of the girls at the private Westbrook School.

It is a sports documentary based on a Mighty Ducks junior hockey team. The team is very selective about who makes the cut. There is a 12-year-old boy named Evan who has been kicked out from the team and urges his mother to build a new hockey team of underdogs with the help of the coach of the Ducks.

It is a Star Wars series that represents elite and also some experimental clones that build their way along with an ever-changing galaxy which is the immediate aftermath of the Clone Wars.

9.Race to the Center of the Earth(Season 1)

It is an adventure series that depicts some ultimate non-elimination competition among four groups of adventurers. Each of them has started from a different point of the Earth. They have to reach a buy of the middle of the ocean which cost a $1,000,000 prize value.

This series will represent Devdas more hotly and boldly with more attitude, drama, and alcohol that you can never see before in these modern-day people. It will continue the adventures of Devika who become fall in and also out of love, lust, and betrayal to experience the taste of the wild side.

This incredible series is based on a group of four friends named KD, Rocky, Uzi, and Tia who are known as badass teenagers. They will help the police to catch the most t5erible criminals and also hackers from their cyber-den. All the young people are very smart and intelligent who are very efficient to use high-tech skills and an arsenal of gizmos to build the world as a safer place.

It is a very interesting Bengali series that is based on a man named Dhiman who has lead a very simple life but his life takes a turn while his job has forced him to utilize modern technology that takes him away from the path of rightness.

It is a psychological thriller movie which is directed by Anurag Kashyap. This series is inspired by the terrible serial killer Raman Raghav. The man had killed many homeless people in Mumbai in the late 1960s. After bludgeoning the victims he made a widespread panic till he had caught up by the Mumbai cops and confess about 41 murders.

It is a very popular film. The story of the movie is based on a mathematics professor which is played by Amitabh Bachchan. The professor is trying to write a thesis that is based on probability and also relating this with the Indian popular card game Teen Patti.