“Black Summer(Season 2)”: All We Need to Know About Netflix’s Zombie series 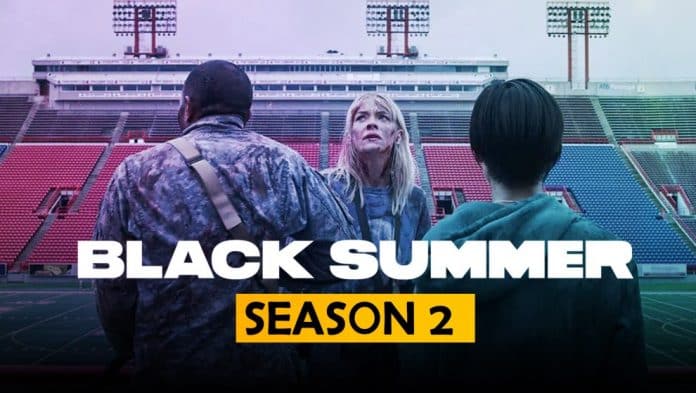 This summer Netflix comes with an incredible zombie thriller series. Netflix has just confirmed the returning of season 2 of Black Summer in June 2021. At last, the horrible zombie series has been ready to hit on Netflix for the latest season.

Black Summer is mainly a popular zombie-thriller Netflix Original series. This fantastic series is created by Karl Schaefer and John Hyams. It also belongs to the same universe of Z-nation. As a crazy zombie series, it is a branded prequel for more of the spiritual successor than anything else.

It has set before years of the events of Z-Nation of the darker days of the zombie apocalypse, a hopeless mother also joins a group of strangers to find her lost daughter and their loved person. It seems some spiritual connections with Z-Nation that is set actually on another timeline from the Syfy series that become canceled to this day.

It has been confirmed by John Hyams in April 2021 that the zombie series has set to return in June 2021. Black Summer (Season 2) has confirmed to premiere on Netflix on 17th June 2021.

The series has taken one or two months for Netflix to refresh its series to release information on the social media accounts. In the series of Black Summer, everything is very silent till October 2019.

In November 2019 the NX account of Netflix has confirmed the returning of the second season of Black Summer on Netflix. Jaime King also expresses her gladness on her Twitter account forgetting the second season. Kylie Newman also was declared it would be produced for the second season. On a different Tweet, Jaime King told that so excite to announce the Black Summer season to you she is also very happy and proud to feature and produce this series with the incredible persons.

The filming of the Season 2 of Black Summer has started in early 2020 but suddenly that production has been postponed on 18th March 2020 for two weeks and began in April 2020. After the pandemic situation, the filming of the series stops permanently. And then they returned in July 2020, the filming started again on 17th august 2020.

The shooting of the first season was started in July 2018 and comp0leted at the end of September 2018.

The filming of the first season again takes place in Calgary, Canada which had confirmed by Jarl Schaefer on Twitter in late November. At the last of September Black Summer (Season 2) was started its filming once again. There are also some important posts regarding the filming that has been concluded in late October and November.

It is assumed that the opinion regarding the season 2 definitely split into the Black Summer (Season 2) really needs a season 2 or not. The last shoot scene was Rose and her daughter going to reunite that giving the audience a few moments of happiness in the first season.

In the group of survivors, it has seen that only Sun, Spears, and Rose are survived in the entire journey to the stadium. The story of Rose finished after the reunion with her daughter. The only motivation of Spear’s was just to survive and helping Rose on her journey. It indicates that as Sun cannot speak in English may only have to look to be evacuated.

In this story, if you take the name of the only survivor with the motivations then we definitely ay about Vallez, but Rose had to mercy by killing him, the other survivors also become down due to the slowing of her for the injury. Lance is also AWOL for running away from the growing zombies.

In the first season, it also gave some hints about Tsunami but it has not seen. It is expected that in the second season of Black Summer the huge tidal wave of zombie may be seen, but it seems very useless that the way of killing the zombies by the protagonists, it will be over at their arrival.

It is assumed that there may more room for Black Summer if they had planned to link up with Z-Nation. It seems that mass starvation, paranoia, and panic made this season one of the toughest periods of the apocalypse.

Alec Puro, the composer of the show has revealed some more hints that we can expect musically from the second season of the series. He said that the second season Black Summer had an entirely new set of themes that could reflect the surroundings and also the characters in the show. He was also building upon some previous themes from the first season but he ensured that the sound of the series would definitely change and be even more refined and attractive in this latest season.