Top 3 finalists for the NBA’s MVP award this season 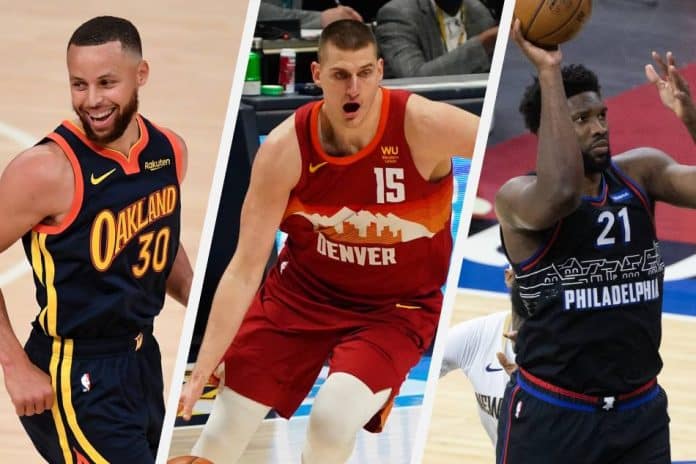 Stephen Curry, Nikola Jokic, and Joel Embiid have been selected as the three finalists for the NBA’s Most Valuable Player (MVP) award for this season.

The name of three players in all awards categories was announced before the clash between the Washington Wizards and the Indiana Pacers for the eighth playoff place in the Eastern Conference.

Whoever wins this season’s NBA’s MVP award will make history. Whereas Stephen Curry looking to win the prize for the third time in his career, making the 33 years old just the ninth player in history to do so and drawing him equal to players like Magic Johnson, Larry Bird, and Moses Malone. He has won the award in the 2014-15 and 2015-16 season. Curry became the oldest player to lead the league in points scored since Michael Jordan, with an average of 32 points per game this season.

On the other hand, Nikola Jokic and Joel Embiid are looking for their first MVP prize and, if either of them picks up the award, they’d be the first center to receive the honor since Shaquille O’Neal in 2001 with the Los Angeles Lakers.

Nikola Jokic is the odds-on favorite to capture his first MVP award despite a late push from Stephen Curry. Jokic was the only All-Star to play in all 72 of his team’s games, and on Sunday, he officially became the first player in league history to average 26 points, 10 rebounds, and eight assists on better than 52 percent shooting.

Giannis Antetokounmpo from Greece was the winner of the NBA MVP awards in the last two seasons. But this time, someone else will take away the award.