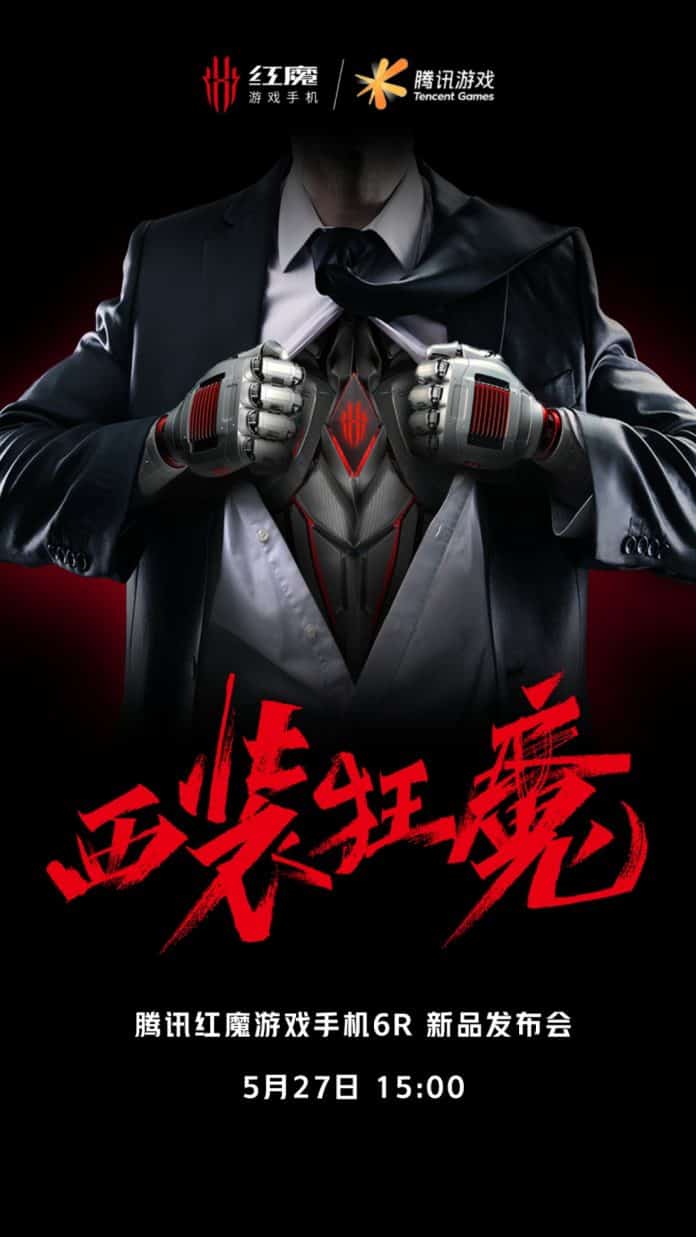 After launching Red Magic 6 and Red Magic 6 Pro in March, Nubia will be unveiling another device in the form of Red Magic 6R. Nubia announced from their Weibo account that they will be launching the Red Magic 6R at 3 PM (local time) on May 27 in China.

This new device has already appeared at the TENAA certification site with the NX666J model number. It was also spotted at Bluetooth SIG authority and then got approval from the 3C certification. As the device appeared in so many places, we know a fair bit of the features it is going to offer.

The smartphone flaunts a 6.67-inch Full HD+ OLED panel and comes with a screen resolution of 1080 x 2400 pixels. Even though it is not confirmed but the smartphone is backed to have either a 120 Hz or 144 Hz refresh rate.

The device is powered by the Qualcomm Snapdragon 888 SoC and will be arriving in 6 GB, 8 GB and 12 GB RAM. Talking about the internal storage, it can again be offered in 128 GB, 256 GB, and 512 GB. It runs on Android 11. The device will also be having an in-display fingerprint scanner.

Though much is now known about the camera specification, the rear side is said to have four camera sensors with a primary lens of 64 MP. The front selfie snapper is 16 MP. In terms of power, it packs a modest 4100 mAh battery cell and is paired with a 55W fast charging support. Few of the reports mention that this new device will be priced lower than the Red Magic 6 which came at 3,799 Yuan ($ 590).