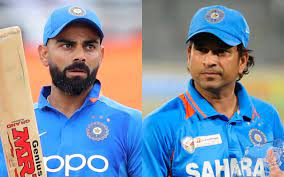 Cricket has produced some exciting talent throughout history. Some batsmen have become the legend of this game for their consistent performance throughout their careers.

Here are the most ‘Man of the Match’ award winners in International Cricket.

South Africa’s Jacques Kallis is one of the bests Cricket has ever produced. The South African all-rounder was very much influential with both bat and ball. He has the potential to change the fortune of a game with his brilliance.

Indian skipper Virat Kohli is one of the mechanically skilled batsmen in Cricket history. The 32-years-old Indian has already represented his country in 435 matches and scored more than 22000 runs. Virat Kohli has already won 57 ‘Man of the Match’ awards in his international cricket.

According to some, he can break the record in the future if he can continue his current form for 3-4 years more.

Sanath Jayasuriya was one of the deadliest openers in Cricket history. His fearless batting style was the key factor of Sri Lanka’s success at that time. He was also influential with the ball in his hand.

He has played 586 games for his country and scored more than 20000 runs in international cricket. He has also won 58 ‘Man of the Match’ awards in his international career which is the second-best in history.

When it is talking about excellence, no other player comes close to Sachin Tendulkar. The Master-blaster has represented his country in international cricket 663 times and scored more than 34000 runs in his career.

Sachin has won the ‘Man of the Match’ awards 76 time. It is not easy to break his record ever.

IPL 2022: RCB defeated LSG in the Eliminator and will now face RR in the Qualifier 2

American Tourister, the global travel gear brand, collaborates with Virat Kohli for the launch of their new campaign ‘#UndeniableLeave’