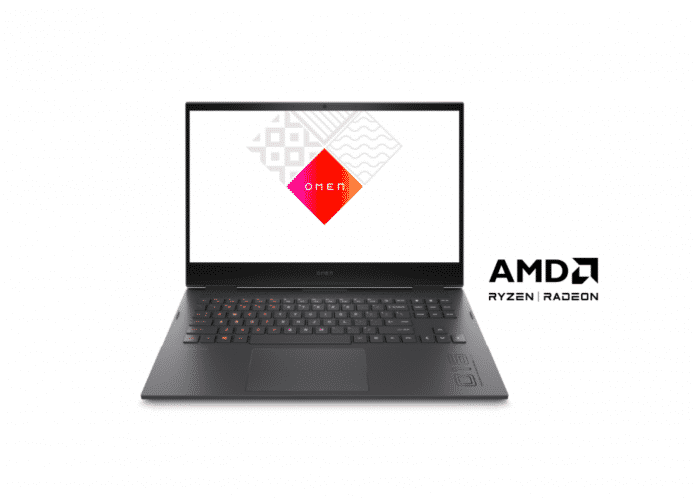 HP has been a very loyal OEM to AMD, and it is proved again as it has become the first to announce a gaming laptop with both AMD CPU + GPU. At the same time, we are patiently waiting for the upcoming Radeon RX 6000M graphics that could take place at the Computex next month.

The OEM has boldly announced the HP Omen 16 to be the first laptop to sport new AMD Ryzen 5000H processors, up to Ryzen 9 5900HX, paired with AMD RDNA 2 architecture-based graphics with Smart Access Memory.

Its to be noted that the HP Omen 16 is the first 16-inch product from the Omen series, so a handsome upgrade from 15-inch to 16.1-inch QHD display with a 165 Hz refresh rate. The IPS display is also 100% sRGB colour accurate, comes with a 3 ms response time and 300 nits of peak brightness.

We have already seen the great performance of the desktop Radeon RX 6000 series GPUs, so that we could expect a similar revolutionary GPU performance from the Radeon RX 6000M graphics options. It is paired with up to 32 GB DDR4-3200 MHz RAM (2 x 16 GB) and 1 TB PCIe® NVMe™ TLC M.2 SSD.

As per the press release, the HP Omen 16 will be offered with either the Intel Core i7-11800H or AMD Ryzen 9 5900HX CPUs. However, pairing an AMD CPU and GPU will help you use the Smart Access Memory memory feature that gives you some extra FPS boost.

You can choose between an NVIDIA GeForce RTX 3070 Laptop GPU or unnamed AMD RDNA2 graphics. So, it could be safe to pre-assume that HP could give you to choose between the Radeon RX 6700M or RX 6600M graphics options.

On the connectivity front, you have the latest Intel® Wi-Fi 6E AX210 (2×2) and Bluetooth® 5.2 support. The audio of the gaming laptop is tuned by Bang & Olufsen with dual speakers, coming to the keyboard, it comes with a full-size, island-style, 4-zone RGB backlit, shadow black keyboard.

You have an HP Wide Vision 720p HD camera with integrated dual array digital microphones for the camera and microphone. The Omen 16 features up to 6-cell, 83 Wh Li-ion polymer battery that should give good battery life. HP has also confirmed that the Omen 16 will be available in June via its official website and BestBuy with a starting price of 1049 USD.