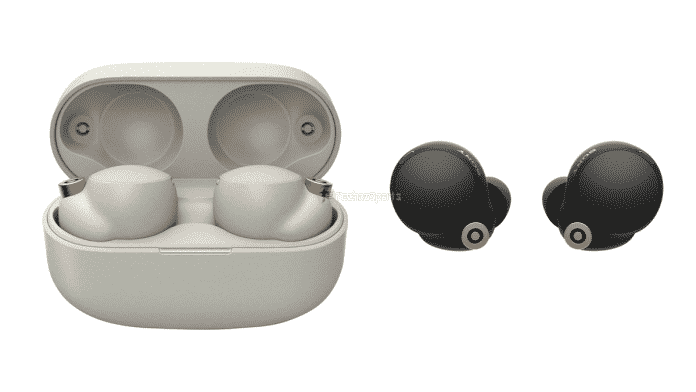 The Sony WF-1000XM4 seems to be on its way into the market. They will be the successor of Sony WF-1000XM3 which garnered a lot of attraction among the customers. No doubt they were priced a bit higher but their noise-canceling ability was one of the best in that domain.

Sony seems to be expanding in the true wireless earbuds sector and this new model will only enhance their reputation going forward. The well-known tipster Evan Blass has revealed a few renders of this upcoming Sony WF-1000XM4 earbuds and they look to be quite well organized and designed.

The tipster has revealed the product in two colour variants: Black and White. The black coloured earbuds have a copper accent and the white coloured earbuds have a gold accent which improves the looks of the product. As compared to the previous generation earbud, this looks to offers much more comfortability to the user. From the images, they look more compact and does not look bulky like the earlier model.

The renders are leaked online but specifications were not mentioned alongside. However, the other reports tell that the Sony WF-1000XM4 will continue to have the attractive feature of active noise cancellation. They can run up to six hours continuously. This can be extended to 18 hours with the charging case. The box which was leaked earlier had a Hi-Res Audio (Wireless) certification stamp. However, there is still no confirmation when the earbud can be unveiled officially.

Mi Watch Revolve Active is launching today, get ready for the #WatchfulLiving