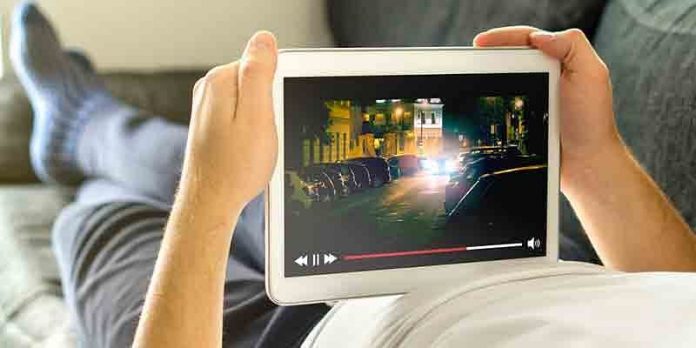 After the pandemic year, we are mostly dependent on the OTT platform for entertainment. In the list of top OTT platforms, Netflix, Amazon Prime Video, Zee 5, Voot, Hotstar, and Sony Liv are the most preferable and popular streaming platforms. We all are waiting eagerly to watch some incredible staff on those platforms.

After completing the shooting many shows have been released regularly on the OTT Platform. If you see many fantastic shows that have been added to these platforms on a regular basis.

It is a Hindi family drama that depicts Neena Gupta as Sardar who wants to see her grandson, take her to their ancestral home in Lahore. There is also a condition, if her grandson takes her there then she will make him the owner of her business. But her grandson does not get permission to take her to Lahore, then he just decides to bring the ancestral home to Amritsar. The film may seem to be bizarre, but it is a decent movie to watch in this time for a few moments of laughter.

The plot of this film is about 1980, the story of Danny Torrance and his mother Wendy who are living in Florida and still panic about their ordeal at their overlook hotel. It tells about Dick Hallorann who is a benevolent spirit who explains about their hotel ghosts to feed on Danny’s psychic ability.

It is a thriller film that shows a mysterious epidemic that spreads to the entire planet and humanity that generates the irrational fear of some open spaces which happens death within few seconds and the entire global populace is trapped.

This series is an American drama TV series. It is based on the fire, police, and also ambulance departments of some illusion company. It depicts a sophisticated New York firefighter who also with his son shifts from Manhattan, New York to Austin.

It is an American late-night talk show which is hosted and created by John Oliver. It is a former daily host show that John Oliver has brought his persona to this new weekly program.

In 1993, it is based on a freak accident involves with a noose that kills teenager Charlie Grimille at the time of high school production of “The Gallows”. After twenty years on the revival of the play.

It revolves around Ranvir and Kukreja who took great pains to put their hands on a prime land piece in Mumbai. Here Ranvir has to find to help him to claim the scenario to keep Ranvir at bay.

It is an incredible film. It is a story of American paratroopers that drop behind the line of the enemy to penetrate the walls of a fortified church and finish the radio transmitter. After the soldiers approach their target they start to realize that there is more to go on in the Nazi-occupied village.

It is a story of four high school teachers who take alcohol on a regular basis and now have to watch how it would affect their social and also professional lives.

This film is based on a man and also a woman who has mistrust and also despise each other. In this the man and the woman who belongs from a completely different India only they only agree with one thing their mistrust, suspicion, and also hate for each other.

This depicts a story of an undercover detective who joins Shimla’s Task Force under some mysterious circumstances. His work process is very peculiar and unconventional but in solving crimes he has shown some effective results.

This film is a story of a group of thieves includes with an illusionist, an efficient hacker, a wannabe actor, and also has an explosives expert. They have planned for a robbery.

It is a story of labor named Rudra who lived in a rural village which is under the rule of a tyrannical Thakur Avadh Narayan Singh. He has set out for justice to punish the son of Thakur who has raped his minor daughter.

This film is based on the story of an orphan girl Runjhun who lives with her uncles and aunts and treats like a servant. Runjhun is a very lucky girl who brings good luck and also wealth wherever she goes. The aunt of Runjhun does not tolerate her and plot against her to get her married to a local goon Guddu Shukla who has agreed to live with them.