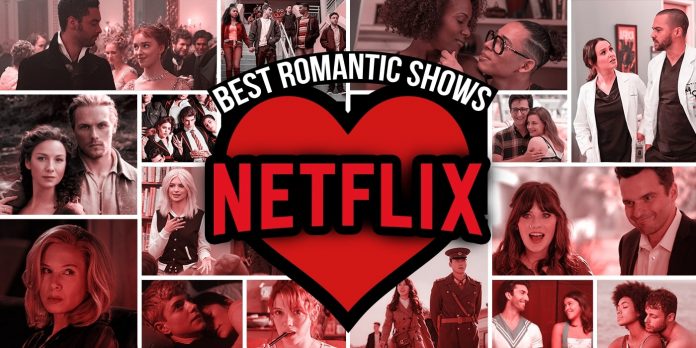 There is plenty of romantic web series available on Netflix. The OTT platform has brought the best content from the world. Netflix is a very famous online video streaming service that we all know. You can find every kind of movie and shows in it.

In this year Netflix has contained a lot of love drama series which are worth a watch. Whether it is Korean, Indian, or English you can find a huge amount of series on Netflix.

Here is a list of the best  romantic web series available on Netflix:

It is a fantastic Korean love story. It is based on a man named Son O-Gong and a woman named King Wooma. It depicts that the duo has found very odds with each other but they are searching for a real ray in a world of evils.

This series is based on the Thai BL novel “Love Sick”. It depicts the life of a blue shorts guys, named Phun who has a girlfriend but his father wants that his son will date his friend’s daughter. Now Phun has to convince Pang about his boyfriend so she can help to speak to their father about the dating idea of his friend’s daughter.

This series is a collection of several short stories include with science fiction, fantasy, love, horror, and also comedy. This amazing anthology animation fetches the whole story to life in a form of a unique and visceral experience view.

It is a love drama series. The story is based on the personal and professional lives of five medical interns and also their supervisors.

14.Crash Landing on You

This love drama series focused on the story of forbidden love and put it into the modern Romeo and Juliet. It explores the lives of a South-Korean billionaire and CEO, Yoon Se-Ri, and also a captain of North Korean special force’s unit captain, Ri Jeong.

It is a story of a young woman who has faced a bad breakup and after that, she is moving into an apartment with three single men. After some days the group of boys find her behavior very strange and keep support her most of the time.

This is also a good romance series. It depicts the story of one woman with her three lovers. It is based on the movie by Spike Lee.

This series is following the tale of Claire Randall who is a combat married nurse servicing from 1945. She suddenly swept back with time to 1743 where she was thrown into an unknown world and get her life threatened. After that, she is forced to marry a romantic, teen Scottish warrior and make a passionate love story that is ignited her heart between two lives.

This Netflix series is based on one rich woman named Zellweger who makes an indecent proposal on a young couple but a night spent with a baseball player turned into a first responder Sean in exchange for a huge amount of money and financial stability.

It is a very lovely romantic comedy series. It depicts the love story of Dimple and Rishi. It also shows their experiences based on their Indian arranged marriage tradition. In this series, Rishi has considered the thought of an arranged marriage.

It is also an incredible love drama series. This series revolves around an 18-year old boy named Sam on the autism spectrum who has taken a final decision to find a girlfriend and enter into a relationship. It is mainly a story of an 18-year old teen on the autistic spectrum in search of love and independence.

It follows a story of a university student Lata. Lata’s mother Mrs. Rupa Mehra who is giving an effort to arrange the marriage of her younger daughter named Lata with a suitable boy but she refuses to get influenced by his dominating mother or her opinionated brother, Arun.

It is a unique love drama series that focuses on an American astronaut who is struggling by leaving her husband and also her daughter behind to explore on a terrible space mission with an international space team.

This series is based on 30 men and one woman who are hoping to find love. For 10 days the men and women date each other with a speed dating format where they can talk to each other but not watch each other.

This romantic Netflix series follows the story of Daphne Bridgerton who is the eldest daughter of the strongest Bridgerton family. She has made her debut in London’s very competitive marriage market. It is also expected from her that she will follow in her parent’s footsteps and get a match sparked by true love, with Daphne.

This series is based on a story of a holiday romance as cynical Dash and also very positive Lily trade dares dreams and expectations in the notebook that has been passed back and forth at the locations across the entire New York City.

This romantic series depicts the story of Melinda who is a nurse practitioner and also a midwife. After the death of her husband, she uproots the existence of a big city and chooses to begin by taking a job in a very small remote town of the Virgin River of California.

If you really want to watch a most romantic web series then this definitely the one. It revolves around the story of a teenage boy with a sex therapist who has teamed up with his high schoolmate to establish an underground sex therapy clinic at their own school.