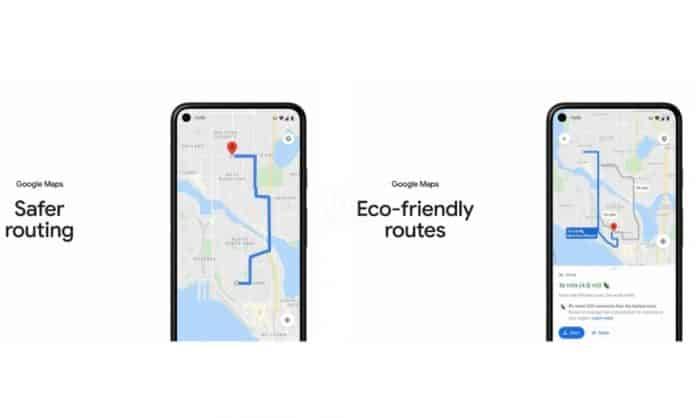 Google Maps is one of the most popular services for navigation, but like all online mapping services, it can sometimes send people on strange (or potentially unsafe) paths. Google has rolled out various improvements over the years to prevent Maps from sending people wildly off-path, but now there are two new features for customizing navigation: Eco-friendly routes and Safer routing.

In the past few years, Google has introduced several improvements to prevent the map from sending you astray. The next two new features will help make people’s daily navigation easier. Google is bringing an eco-friendly route for beginners. The company announced this feature as early as March, but Google decided to introduce this feature more during the GoogleI/O conference. This means that you should see the launch of this feature soon.

Eco-friendly routes were first announced by Google in March, but the company highlighted them again during today’s Google I/O event, so they should start rolling out to more people soon. “Soon,” the original announcement said, “Google Maps will default to the route with the lowest carbon footprint when it has approximately the same ETA as the fastest route. In cases where the eco-friendly route could significantly increase your ETA, we’ll let you compare the relative CO2 impact between routes so you can choose.” You’ll still be able to choose the fastest route if you want.

In addition, Google also revealed that the “safer route” feature will be launched soon. This feature will restrict the user’s route based on weather, conditions, traffic, and other factors to eliminate risks along the road.

Google did not give a specific timetable for when the safe route or eco-friendly route will be released, but we hope they will begin to appear soon. Improving the map service to make it safer and more environmentally friendly can be seen as an important and practical measure of Google for the real world.