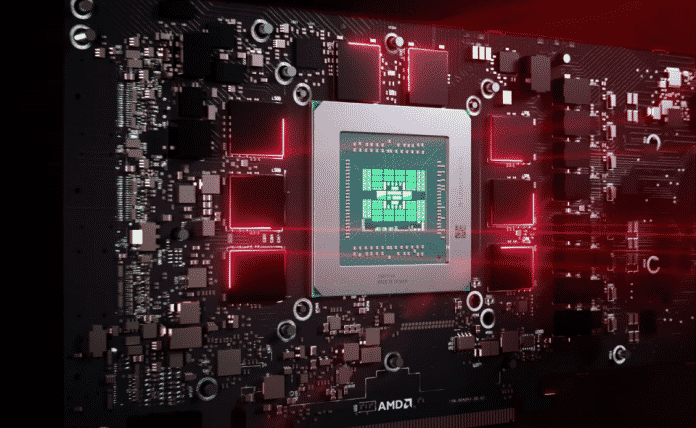 Many details about the upcoming AMD Navi 23-based Radeon RX 6600 and RX 6600 XT are now out on the internet. The RX 6600 series will be featured both on desktop and mobile and will offer up to a 2350 MHz boost clock, 8 GB GDDR6 VRAM, and PCIe Gen4 x8 connectivity.

Right now, it is very clear that AMD is gonna launch a Navi 23 RX 6600 and RX 6600 XT GPU very soon. As per the reports, the RX 6600 series will be placed in the entry-level to lower mid-range segment and is based on the RDNA 2 architecture.

It is expected that AMD will offer at least three Navi 23 GPU options. Laptop OEMs can have a choice between 65W, 80W, and 90W TGPs depending on their cooling targets and chassis design. Theoretically, Navi 23 can support up to 16 GB GDDR6. The Navi 23 models might feature 8GB of GDDR6 VRAM on a 128-bit bus with a possibility of better and higher RAM variants down the line for the Radeon Pro series.

The RX 6600 series will feature a PCIe Gen4 interface, but instead of x16 lanes, it will use x8 lanes. This makes sense selecting PCIe Gen4 x8’s throughput is equivalent to the PCIe Gen3x16 and it should enough for FHD Ultra gaming.

Coming to the connectivity, the Navi 23 supports HDMI 2.1, DisplayPort 1.4a, and single-link DVI in the desktops and laptops along with VP9 decode, H.264 decode, HEVC decode, and VC1 decode capabilities. If this information becomes true, it seems AMD might have a capable Navi 23 offering that could be equivalent to the Navi 10-based RX 5700 series on the basis of performance. It is assumed that the Navi 23-based RX 6600 series will be launched in June 2021.