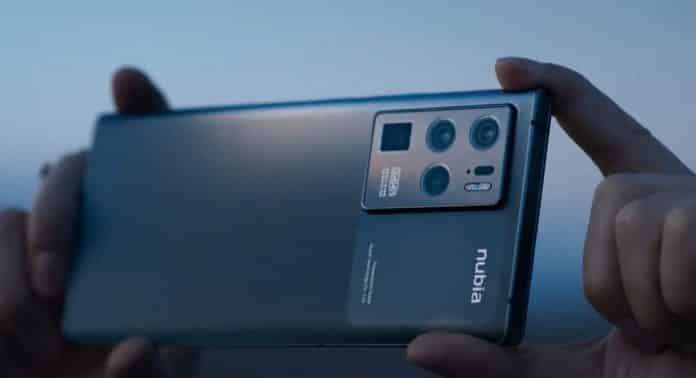 It is known that ZTE will unveil its Nubia Z30 Pro smartphone on May 20 this month. The company has also teased the smartphone earlier today, revealing that the phone will be coming with a 120W fast charging. According to them, the 120W charger will juice up the ZTE Nubia Z30 Pro’s battery from zero to a hundred percent under 15 minutes. Even the key specs of the device have also appeared on TENAA.

The only difference is in the painting. ZTE said the colour is called Interstellar Silver. There is also a darker variant of the phone. Looking at the rear camera module, we can see that indeed, the smartphone will sport a 64-mega pixels camera. There is also a periscope lens for zoom. We have also seen a live image showing that it has a darker colour variant.

ZTE Nubia Z30 Pro has appeared on TENAA earlier. It shows that it will be coming with a dimension of 161.83 x 73.1 x 8.92mm. The display will measure 6.67 inches in diagonal. Speculations are saying that it will feature an OLED display with a 144Hz refresh rate and a centrally aligned punch-hole cut-out. The phone will be powered by the Snapdragon 888 chipset and runs on the Android 11 operating system out of the box.

Three 64-megapixel cameras along with a periscope camera will be on the back. Photos of the Nubia Z30 Pro’s earlier shows that it will spot a 50X zoom. While the phone will offer 120W fast charging and juice up in 15 minutes, the battery capacity is still under the radar.