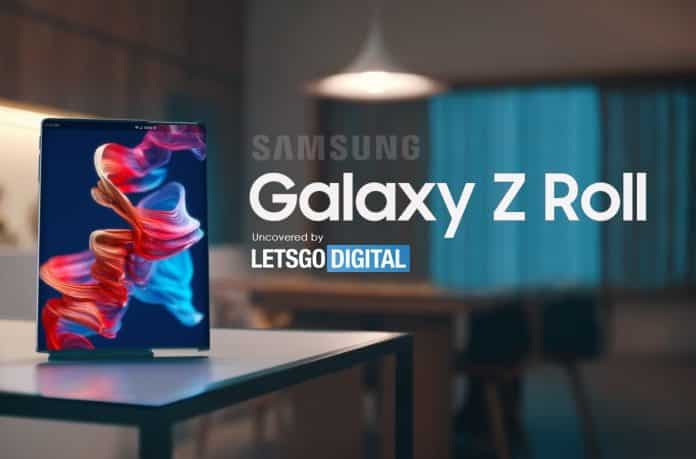 At Display Week 2021 conference, the recent video shared by Samsung Display has shown its latest OLED technology along with four new gadgets. Among those gadgets, there was a rollable smartphone-like device. In the video the company has not mentioned any names of the devices rather, it was like an introduction to them as a whole. It is more like showcasing what are the possibilities with the new OLED displays.

The rollable smartphone-like gadget we mentioned earlier has finally got its name. The launch of that device might not be near. According to LetsGoDigital, Samsung Electronics has applied for a very remarkable trademark at the European Union Intellectual Property Office (EUIPO).

On May 18, 2021, Samsung Electronics filed a trademark for ‘Z Roll’. The application is categorized as Class 9. You can read the description for the device in the trademark certificate under the ‘Goods and services‘ which reads ‘Smartphones; mobile telephones; tablet computers; telecommunication apparatus; electronic pens for smartphones and tablet computers’. This clearly indicates that the particular ‘Z Roll’ device wil be compitable with the Samsung Galaxy S Pen.

The name ‘Z Roll’ indicates a rollable screen, and the upcoming device will have rollable display and most probable OLEDs. This device will be similar to the LG Rollable that was displayed in the CES 2021 earlier this year. The launch date of the device has not been revealed yet, but sources claim the launch might be scheduled for next year.