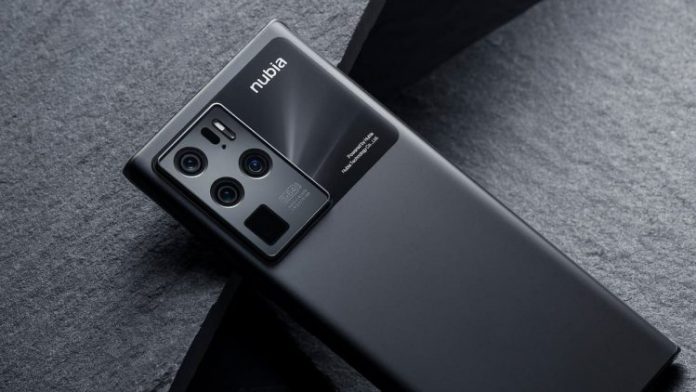 Nubia Z30 Pro has seen a few leaks in the last few days and now the device has been spotted on both Google Console and TENNA. It is set to launch tomorrow in China and will come with some really super cool features.

Nubia Z30 Pro sports a 6.67″ FHD+ OLED Display which might attract a lot of people. It might come with a screen resolution of 1080 x 2400 pixels. The listing shows that the device might be powered with Qualcomm Snapdragon 888 mobile processor. It will have curved edges and slim bezels.

There will be three RAM options: 6 GB, 8 GB, and 12 GB and three storage variants: 128 GB, 256 GB, and 512 GB. It is expected to run on Android 11 OS. This Nubia device might come with an exciting in-display Fingerprint scanner.

In terms of optics, the expectations are to have a 64 MP + 64 MP + 64 MP + Periscope Telephoto Lens at the backside of the handset. There is a large rectangular camera module that houses four camera sensors and an LED flash.

For selfies and video chats, the handset might come with a 16 MP camera sensor. It has a 100x zoom branding. It might draw energy from two 1,985 mAh battery cells and is paired with 120W Fast Charging support. The device is expected to be 8.92 mm thick can weigh 198 gram.

Share
Facebook
Twitter
Pinterest
WhatsApp
Linkedin
Previous articleNVIDIA Computex 2021 keynote confirmed: Could we see the launch of GeForce RTX 3080 Ti and RTX 3070 Ti?
Next article“The Conjuring: The Devil Made Me Do It”: All Details about the Featurette of the Horror film