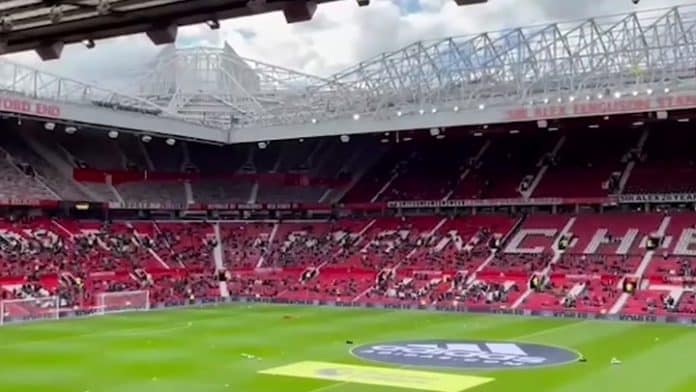 After almost a year, fans are finally back into the stadium to cheer their favourite club for the final Premier League home game this season.

But how much your club is costing you to enter the stadium? As the seats are limited for the safety measures it will be tough to get a ticket for the final weekend.

Clubs have made their tickets available for a wide range of prices. Burnley is charging nothing while welcoming the fans. Whereas Tottenham Hotspurs is charging a hooping £60 for their final home game.

Here are the price of tickets of every Premier League side for their final home game.

Tottenham will take on Aston Villa to secure at least a Europa League spot on Wednesday. Fans will have to pay £60 to watch their favourite team play.

Manchester City fans will have to pay £24-£53 to see their club lifting the Premier League Champions trophy after the match against Everton at home.

Aston Villa fans will have to pay £27-£50 to enter into the Villa park. Their final match of the campaign is against Chelsea.

Leicester City will take on Tottenham Hotspurs on the final-match day. There is a chance for the Foxes to qualify for the next year’s UCL as well. Leicester City fans will have to pay £26-£48 to see their favorite team play.

Southampton will face Leeds United in their final home game this season. To watch their favourite players try to extend their winning streak to three games when they face Leeds, Southampton fans will pay between £17 to £47.

Brighton hosted champions Manchester City on Tuesday and ticket prices range from £29 to £45 at the Amex.

Wolves will face Manchester United on the final day of the campaign. The ticket price will be £40-£45.

The Reds top 4 dreams are still alive. Liverpool will face Crystal Palace at Anfield. Tickets are priced at £45.

Newcastle fanbase returns in part for the clash with Sheffield United on Wednesday for which they have to pay £22-£43.

Fulham fans will have to pay £40 to see the match against Newcastle.

Sheffield United has already relegated from the Premier League. But their will surely want to finish their season with a win in front of their fans which will cost them £40.

The Gunners will welcome the fans for £26-£36 into the stadium against Brighton.

Crystal Palace will face the Gunners at home. Fans will have to pay £30 to see their favorite team.

Old Trafford had welcome their fans last night against Fulham for £30.

Everton will face Wolves at home. The ticket price of the match is £22-£30.

Leeds fans will watch their favorite team in Premier League after 16 years for the first time against West Brom. The ticket price of the match will be £27.

West Brom will face West Ham United at home. The price of the tickets are £23.

The only club who will allow their fans into the stadium for free. A ballot system has been in place for the fixture against Liverpool.

Previous articleZTE Nubia Z30 Pro official images reveal a similar design to ZTE Axon 30 Ultra
Next articleFIFA 21 – TOTS: How to do the Liga NOS TOTS Guaranteed pack and what do you get from it?