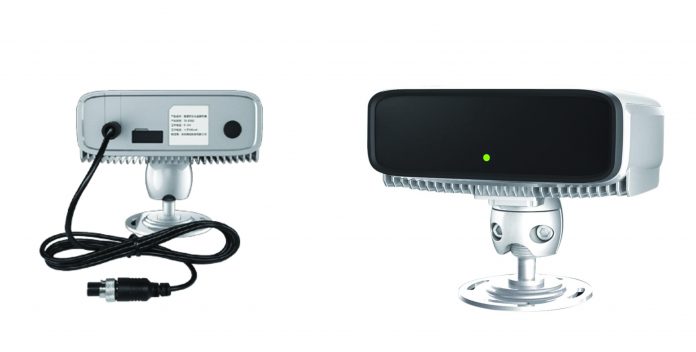 Pune, May 19th 2021: Commemorating UN Global Road Safety Week 2021, Pune-based SCDE Solutions Pvt. Ltd. has announced in the Indian market the launch of its latest innovati0n – a first-of-its-kind of Driver Status Monitor (DSM) System-based vehicle safety solution. At the moment, the DSM functionality has been made available in 3 camera devices being sold by Safe Cams, i.e. SC 200 AI, SC DS02 and SC 400. While SC200 AI and SC400 models can be configured without a DSM camera also, but on the other hand, the SC DS02 has been exclusively designed as a ‘DSM-only’ camera.

Notably, a DSM-enabled device makes use of Intelligent Machine Learning algorithms, a special infrared camera and sensors to monitor on-road driver alertness. The major purpose or objective of the Driver State Monitoring system is to alert the driver whenever signs of drowsiness or any kind of distractions are detected; it does so via an integrated and in-built Dangerous Driving Behavior Warning mechanism.

Speaking on the launch of their DSM cameras, Mr. Vanesh Naidoo, Founder & CEO, Safe Cams Digital Eye says, “We are proud to announce the roll-out of our latest DSM camera range for the Indian market during the ongoing Global Road Safety Week. With India accounting for roughly 11% of all road accidents worldwide, we definitely need to find innovative ways to reduce fatal road accidents and mishaps. We at Safe Cams have been always striving to educate people about the dangers of reckless driving, and with our latest launch of the Driver State Monitor technology-based safety solutions, we are hoping to be able to contribute towards reducing road accidents and mishaps in our country upto a significant extent, most of which are caused due to driver fatigue or inattentiveness.”

“These DSM cameras have been developed by us based on extensive R&D done through open-source facial and gesture recognition software, which our team later modified to identify for specific markers such as eyes being closed, yawning, eyes not facing front, among others. A lot of time was spent by us in terms of training the AI to recognize these markers/triggers, as we wanted to ensure we were able to obtain a 98-99% accuracy rate on all our devices. We have decided to primarily market and sell the DSM-enabled devices to long-haul, high-value truck owners of India, who can see quicker return on investment from our devices. We are also seeing interest from the local and state governments for this technology, and are in talks with companies involved in rapid-transit bus services. We are hoping that if our DSM cameras can be fitted to public transport services at scale, the risk of accidents occurring could be minimized dramatically,” adds Mr. Vanesh Naidoo.

Safe Cams’ advance DSM-enabled safety cameras have the capability to deliver automatic warnings (alarms) based on the following:

·        Driver fatigue alarm: Through facial and eye tracking, the DSM will detect if the driver’s eyes have been closed for between 1 to 3 seconds.

·        Driver distraction alarm: Through facial and head position tracking,the DSM will detect if the driver is not paying attention to the road ahead.

·        Smoking alarm: Through gesture detection, the DSM can detect if the driver is smoking.

·        Mobile phone use alarm: Through gesture detection, the DSM will detect if the driver is using their mobile phone while driving.

·        Non-detection alarm: If the DSM cannot detect any facial features for over 3 seconds, it will ring the alarm. Further, if the camera is tampered with or covered, the alarm will alert the management/vehicle owners of the situation.

·        Driver ID recognition: When the DSM detects that the driver has left the monitor’s ‘capture scope area’ and then re-appeared afterwards, it will compare the present driver’s characteristics with the previous one, and if there is a discrepancy (if both of them are not the same person), the alarm will be sounded.

·        Speeding alarm: Based on the speed computed from the GPS, the DSM can warn the driver if he/she is speeding up beyond the permissible limit.

Apart from the above-mentioned functionalities, Safe Cams’ vehicle and fleet safety/monitoring devices are also equipped with its flagship Cloud platform (Fleet Management Cloud Software), which enables the connectivity of its 4G cameras to the control centres of any fleet company. This in turn enables the management of the fleet company to monitor and assess problems related to their fleet and drivers quickly. If a driver is falling asleep on wheel or displaying inattentive behaviour but also disregarding the warnings from the DSM, the alert is then sent to the control centre; and thereafter they can enforce the driver to take remedial action. Also, with the data collected from these cameras, new operating procedures can be formulated to ensure chances of accidents are minimized over time.

Previous articleBest Deals on Logitech Gaming Accessories on Amazon, starting at Rs.4,259
Next articleBest High-End Smartphones in 2021 for Online Gaming