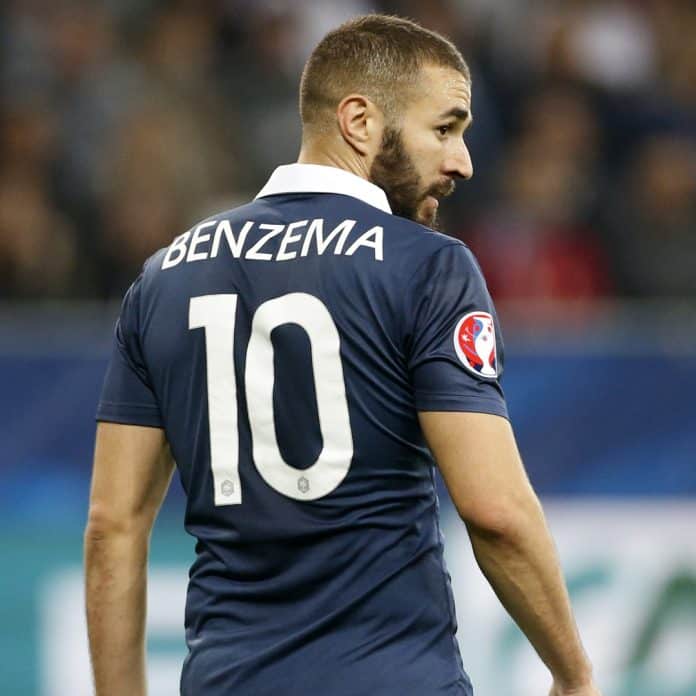 Karim Benzema has been announced as a part of the Euro 2020 squad for France, alongside Kylian Mbappe and Antoine Griezmann. This partnership is, without a doubt, the most feared one in the tournament, considering the numbers that they both have put up.

The Real Madrid striker returns to the national team after five years away. He was dismissed due to the scandal involving him blackmailing Matthieu Valbuena. While the hearing is set to be held later this year, the player’s actions away from the pitch no longer seem to make a difference in France’s selection category.

To put things into perspective, Benzema has been capped for France 81 times since making his debut in March 2007. He has scored 27 goals in all those appearances, along with participating in the 2014 World Cup.

Since the departure of Cristiano Ronaldo from Real Madrid, Benzema has emerged as the undisputed number 1 attacker for the club. He has scored 20+ goals in the league in every season since 2018-19 and can create chances, registering more than 5 assists per season without fail.

His completeness as a forward adds an entirely different level of threat when you add a midfield of Paul Pogba and N’Golo Kante, with wide players of the likes of the France squad.

Didier Deschamps’ team are now being hailed as the favourites to become champions of Europe, following their 2018 World Cup victory in Russia.