Realme’s new TechLife brand will be called DIZO, tipped with audio devices and other AIoT products 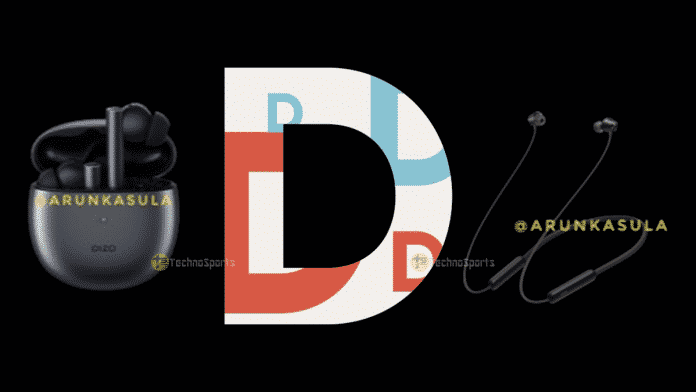 Earlier today we had revealed that Realme‘s TechLife is launching a sub-brand with the letter ‘D’ in its name. The company has only shared the letter ‘D’ in their official tweet but has not revealed any full name of the brand yet.

An exclusive report from @arunkasula claims that the sub-brand of Realme TechLife will be named as DIZO. In his tweet he has claimed that the company will be launching rebranded and slightly modified Realme AIoT products under the DIZO branding in the future.

The exclusive images shared by the tipster @arunkasula, show two Realme AIoT products. The products are the Realme Buds Air 2 and Realme Buds Wireless 2 Neo. These two products can be seen in the images with the branding of DIZO in them.

Apart from these a leaked image of source codes reveals a ‘DIZO Smart AC Plug’ which can also clarify the name of the upcoming sub-brand of Realme TechLife.

The tipster also claims, there is a high chance of launching Realme Watch 2 under the DIZO brand. So as of now, it seems that if the brand launched in recent time it will only launch rebranded Realme AIoT products initially. There might be some changes done in the products but most of them will be rebranded currently.

In future the sub-brand might think of launching its own separate line of products that will be different from Realme’s mainstream products. But as of now there is no news about that.

Share
Facebook
Twitter
Pinterest
WhatsApp
Linkedin
Previous articleHere are all the latest movies & TV series added to Indian OTT platforms on May 17th
Next articleLeicester City set to give £40,000 bonus to the squad for FA Cup win