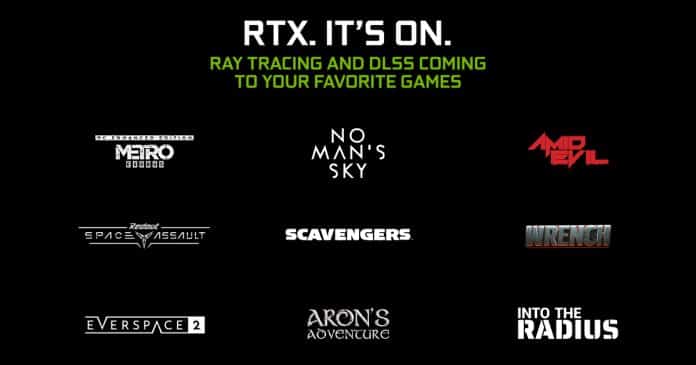 If you are an NVIDIA GeForce RTX gamer, there is good news for you today, and the graphics giant has announced the addition of nine new games to its ever-growing DLSS library. It also includes the newly released Metro Exodus PC Enhanced Edition as well.

So, now GeForce RTX users can now boost performance with NVIDIA DLSS in 50 games, with more integrations launching every month.

GeForce RTX Gamers Get Performance and Image Quality Upgrades in Nine More Titles in May!

Developers are adopting NVIDIA DLSS technology en masse, and this month nine games are either launching with DLSS or adding it for players via updates. DLSS momentum continues at full throttle with upgrades of the following games:

If you thought this is it, then you are wrong as NVIDIA announces the DLSS support for Virtual Reality titles for the first time ever!

DLSS in VR Titles for the First Time Ever!

Now this revolutionary technology has been applied to frame rate-hungry virtual reality titles for the first time. The first VR titles that support NVIDIA DLSS are:

Share
Facebook
Twitter
Pinterest
WhatsApp
Linkedin
Previous articleInbase launches its latest series of Car Mounts and Holders for Tablets and Smartphones in the Indian market
Next article“Sweet Tooth”: Netflix has launched the Official Trailer of the DC Comic series