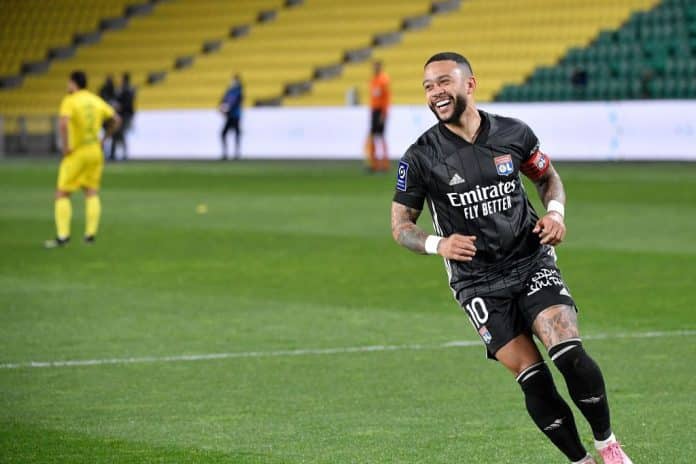 Barcelona are now negotiating directly with Memphis Depay regarding a transfer this summer. The player released a post on Instagram that revealed him working with new lawyers to negotiate the deal. Depay has left his current agents and hopes to become a Blaugrana in the summer.

The potential contract will not be too long, as Barcelona are only willing to offer him a 2-3 year deal at best. The added advantage for the Spanish outfit is that he will be available for free this summer since his contract with Lyon expires at the end of the season.

Depay has had a brilliant individual season with Lyon, scoring 20 goals and assisting 10 in the league itself. As the player announced on his Instagram post, he will be announcing his next destination to the fans at the end of the season only. The player is keen on making the move, as he was last summer.

However, discussions collapsed on deadline day as Barcelona were unable to pay the demanded fee for the player owing to their dire financial situation. Although Ronald Koeman’s future at Camp Nou is uncertain, and it looks very possible that the former Netherlands national team coach will depart the club, Depay’s services are needed. That is because Barcelona are without a recognised number 9, since Antoine Griezmann ideally operates as a second striker.

As reported by various outlets, only the final details remain to be sorted out in Depay’s contract with Barcelona before the terms are fully agreed and done.