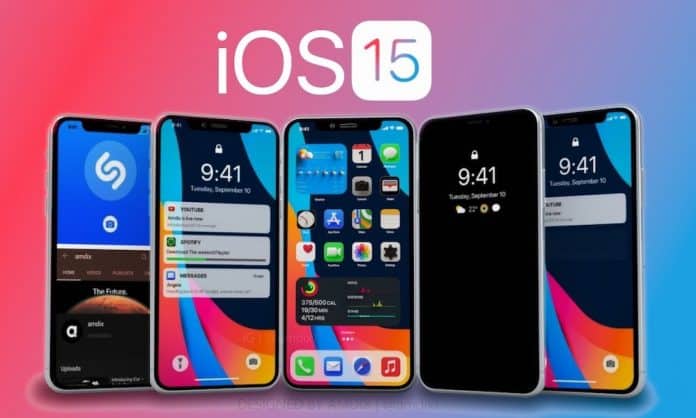 Apple’s newest in-development mobile operating system, iOS 15, is shaping to be a huge update. Gone are the times when the company would take a relatively defensive approach towards updating iOS.

With popular features like App Library and home screen widgets receiving high praise from experts and fans alike, we’re looking forward to what Apple has in store for us with iOS 15. Here’s everything we know so far about the iOS 15.

Apple is scheduled to launch iOS 15 at the Worldwide Developers Conference 2021, where it will hold a keynote event on June 7 to unveil iOS 15, iPadOS 15, watchOS 8, macOS 12, and tvOS 15. The WWDC 2021 will be an all-virtual event taking place from June 7 to June 11. The event will also provide opportunities for developers to interact with Apple designers and engineers.

Once iOS 15 has been completely rolled out for the public, the Cupertino tech giant will keep on refining the latest iteration of iOS with frequent updates until iOS 16 is released next year.

Apple is yet to officially reveal which iPhone models will receive the iOS 15 update but the rumors suggest that only iPhone 7 and above models will support iOS 15.

As for supported devices, here is the complete list of the iPhones that will run iOS 15:

Considering that the iPhone 13 series will arrive with iOS 15 out-of-the-box in September later this year, iOS 15 will be supported by more than 20 devices.

Even though Apple has been doing its best to keep a number of iOS 15 features under the wraps, some of the most exciting ones have leaked online. So here are the new rumored features you can expect to see in the upcoming iOS 15 update:

It was Max Weinbach, a noted tipster, who revealed that the iPhone 13 series will include an always-on display (AOD) as part of iOS 15. The AOD will always show battery and clock icons. Interestingly, notifications will appear “using a bar and icons” while still lighting up only certain portions of the screen temporarily. Rumors suggest that AOD will be exclusive to the iPhone 13 series but Apple might roll it out on iPhone 12 models, considering they are equipped with OLED displays as well.

Last year, when Apple introduced an iOS-style Control Center in macOS Big Sur, one of the things that were fascinating was the pretty intuitive drag and drop gesture. So, it seems like a good decision that Apple plans to revamp the control center in iOS 15 with similar features. As per reports, it will support a more compact aesthetic and a drag and drop gesture for quick customization.

Apple is seen at times forcing you to use its stock apps – whether you want them or not. Well, it seems like Apple is slowly but steadily opening up to the idea of letting users choose their default apps. And as per reports, iOS 15 will likely offer an expanded choice of default apps.

As you might already know, in iOS 14 you can choose your default email app, select Chrome as the default browser, and also select a default third-party music-streaming app like Spotify. However, when it comes to messaging and mapping services, the choice is limited. But, all of that could change with the iOS 15 launch next month.

The Covid-19 pandemic has rendered the facial unlock technology useless, thereby making the lack of the trusty Touch ID palpable.

To mitigate this inconvenience, Apple introduced a new feature called “Unlock with Apple Watch” but it’s not an ideal solution for everyone, especially not for folks who don’t own Apple Watch. Thus, iOS 15 is expected to introduce a new dual biometric authentication feature, which will bolster security and require you to authenticate Face ID as well as Touch ID during purchases, etc.

The Notification Center will also receive a major upgrade in iOS 15, as per Bloomberg, the users will be able to choose from among driving, working, sleeping, or other categories of their liking. It will be an upgrade over Do Not Disturb and Sleep Mode as this mode will determine whether your iPhone notifications will play sounds or not. Apple will also allow you to set automatic replies for each preference in iOS 15.

In terms of customization, home screen widgets have made iOS 14 elegant. However, they still have a long way to go to realize their full potential and one of the areas to do better in is user interaction. Things such as taking notes, controlling music playback, and toggling other features from the home screen will make the widgets more useful and eliminate the need to open the app. As per a PhoneArena report, the iPhone maker will introduce interactive home widgets with much-improved controls in iOS 15.

The settings menu design that has existed for many years is still the same. With the ever-expanding feature set, the Settings app looks a bit cluttered forcing a few iPhone owners to find it in a complete mess. However, reports suggest that is likely to change with iOS 15. A new settings menu is to arrive and it is going to be intuitive, making navigation faster. It could take a few design cues from macOS BigSur. According to BeeBom, you might be able to locate the option to turn off bedtime reminders or disable auto-playing videos in Safari with ease as well!