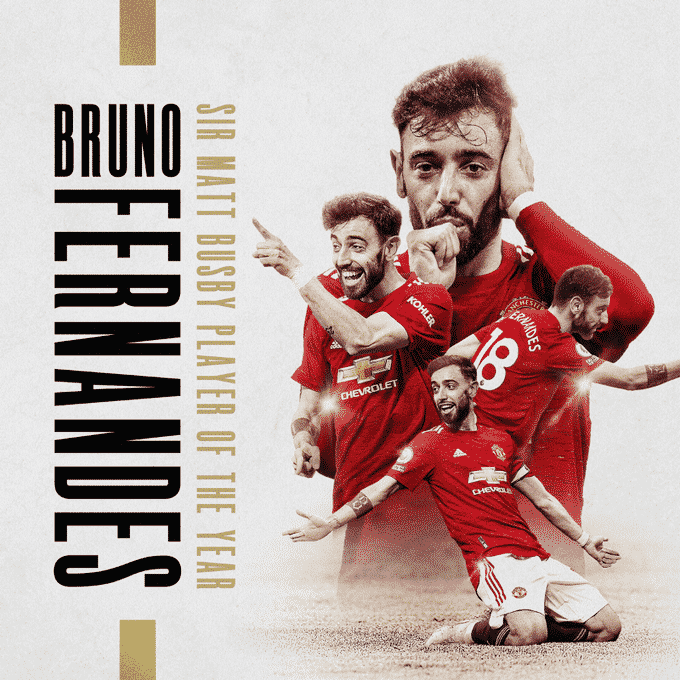 Bruno Fernandes joined United in January 2020. In his 78 appearances for Manchester United, he scored a remarkable 40 goals for the club. It is considered as one of the best impacts made by any player in a Premier League team.

The Portuguese has been awarded Manchester United’s Player of the Year for the second consecutive year. The club announced this afternoon, which could see the Portuguese magnifico receiving his award on the pitch in front of 10,000 fans at tonight’s final home game of the season against Fulham.

The Red Devils on their official website revealed, ‘Luke Shaw and Cavani emerged as the main rivals for the prize after also enjoying superb seasons in the red shirt.’

‘In the end, however, Bruno was a very convincing victor with 63 percent of the votes cast. Mason Greenwood and Marcus Rashford finished in fourth and fifth respectively.

‘It was much closer the last term when Fernandes pipped Anthony Martial by only 1.5 percent.’