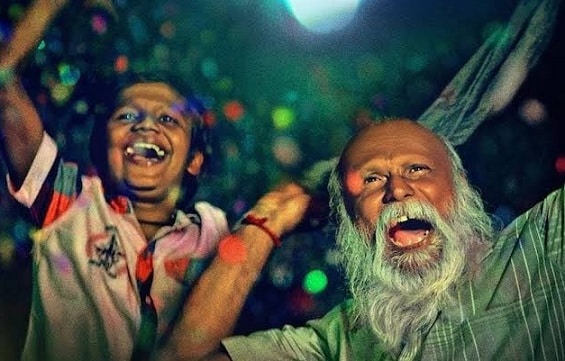 You can find all categories of South Indian films in this collection, such as “Gantumoote” to action-drama Baaram. It has also included “Mallesham”, “Thottappan”. It is contained with many romantic films also “Sillu Karupatti”, “Chola”, “Nila”,” Brochevarevarura”, and also “Awe!”.

Here is a list of top South Indian films to watch in 2021:

It is a romantic South Indian drama film. This film is based on a 16-year-old girl Meera who is a student. She often lives alone as her parents are usually busy at work. She became in love with a boy in her class and after that, some nasty event happens that turns her life upside-down.

It is also a romantic movie. This film depicts an anthology of four romantic stories, all the individual stories are based on people of multiple age groups, but all of the stories are connected by a single string called love.

This South Indian movie is based on a teenage girl Janaki who departs from her village at dawn to meet her lover and come to the city. After coming to the city she finds out a stranger with her lover and after that, she hesitates to reach along with the plan.

The story of this movie is also a combination of four love stories. This film explores spanning age, religion, and also status open in a small Indian town. It also depicts a story of a schoolboy’s crush romance to a middle-aged bachelor’s office romance.

It is a fantastic love story. This film revolves around a story of a young man who meets his childhood love after a long year on a rainy night in the city of dreams. But now they have to take a final decision to pursue their unrequited love and also unexplored desires or not.

This film depicts the story of three friends who keep failing in the same class. The three friends cannot seem to find their lives together to cook up a scheme to provide help to a woman who wants to escape from her overbearing father only to find themselves in huge trouble.

The story of this movie is based on different desperate characters from several walks of life. They have come together to a very unique restaurant, it is also included with a phony chef and also a desirable time traveler, they found that they could not be more di8ferent from each other only in a one way that all they are same.

It is based on a story of a music lover and a cinephile person who is a son of a very talented mridangam maker. He has delivered an instrument to Vembu Iyer who is also a popular mridangam player and after that, he decides to become a musician.

It is also a good movie. It is a story of a man whose crime partner goes missing after an incident. After that, he determines to raise the daughter of his friend and thus the life of a small-time crook becomes transformed.

This film is based on a story of a self-trained Indian inventor who takes risks of his own reputation and also makes a new process of weaving to improve the grueling work conditions that are faced by his mother and ended with revolutionizing an industry.

It depicts a story of an old man named Pappu Pisharadi who wants to find his son who has left him 16 years ago. After that he has been brought to the hospital where he meets Dr. Seetha and Priyan, the two people promise him to find out his son.

It is an incredible South Indian film. This film is based on a caste discrimination policy. It depicts a villager who was prevented from giving a rightful burial to his deceased father. After that, he continues his fights to the court for equal rights.

This movie is based on a nameless widow who is struggling with multiple jobs to support the decision of her daughter as her daughter wants to study abroad. She just wants to discover as she has other plans to execute.

It is a fantastic South Indian drama film. The story of this film is based on KD who is an 80-year-old villager. One day he overhears the conversation of his children that they want him to see dead to declare their inheritance. After that, he starts to realize that he is never lived truly and he takes the help of a teen orphan boy Kutti and begins to rediscover the true meaning of life and also friendship along the way.

This film is based on a watchman named Karuppasamy who lives with his sister, Menmozhi, and also her entire family in Tamil Nadu. On an early morning, he meets with an accident and his heap becomes broken. After 8 days of that incident, Karuppasamy becomes dead. Now the main question is how the watchman becomes dead.