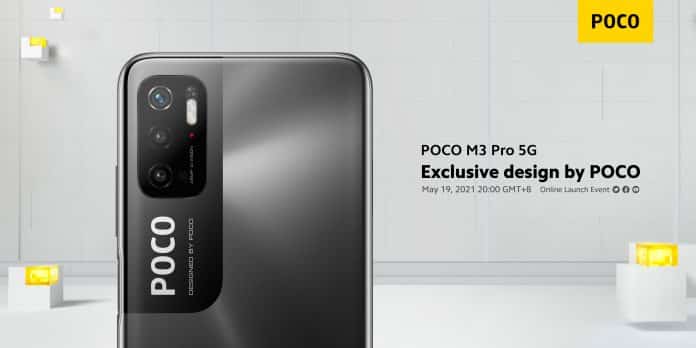 Now the company itself have revealed the very first official look of the smartphone. This image looks exactly the same as the previously leaked renders of the smartphone. So we can say that those renders were accurate and we can see the POCO M3 Pro 5G in Black, Blue and Tello colours.

The company had revealed that the phone will feature a 6.5-inch FHD+ display with a 90Hz refresh rate. POCO has also mentioned the name ‘DotDisplay’ which simply means that it will have a punch-hole display.

POCO M3 Pro 5G will also have a MediaTek Dimensity 700 processor paired with 5,000mAh battery. The company has not yet mentioned the type of fast charging. Apart from these we will also get a 48MP triple rear camera setup.