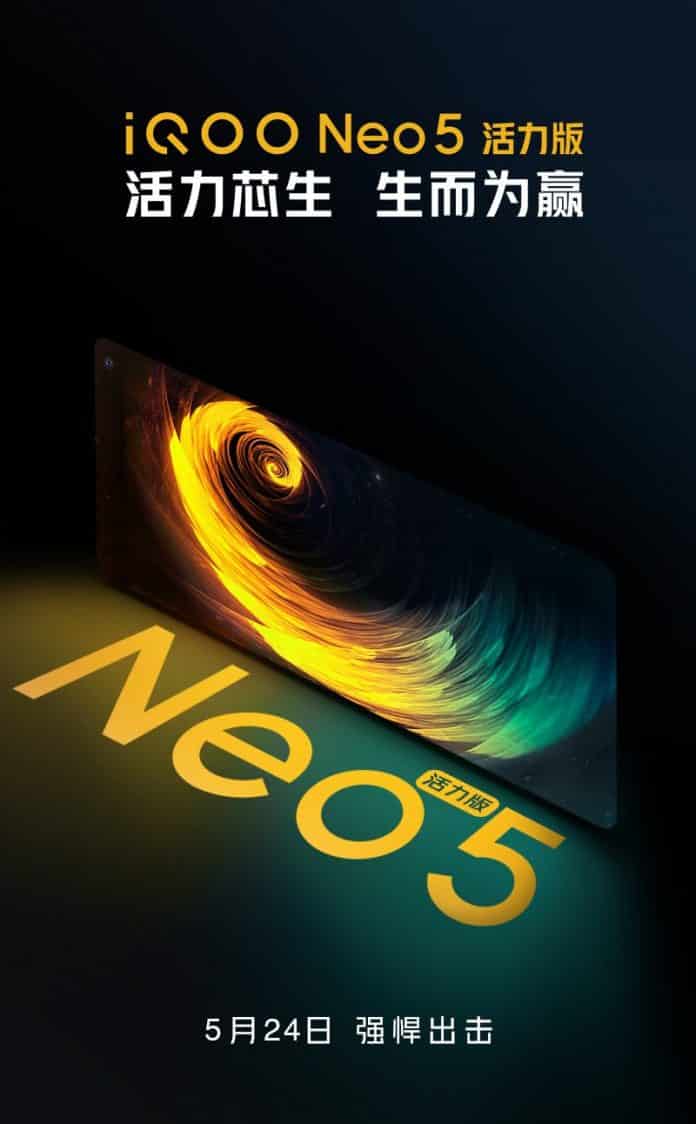 iQOO Neo 5 Youth/Validity Edition will launch on May 24 in China. This might be a special edition or most likely to be a lite version of the actual Neo 5.

As of now we have no information about the smartphone. The iQOO Neo 5 in the other hand is equipped with Snapdragon 870 chipset. Now going through previous reports, we found out the iQOO Neo 5 Vitality Edition was recently listed on the Ministry of Industry and Information Technology. The listing reveals only two things about the upcoming smartphone.

According to the listing we found out that iQOO Neo 5 Validity Edition will feature a Snapdragon 870 chipset. The smartphone will have a 44W fast charging support. Apart from this it is expected to have similar specifications and features like the vanilla version iQOO Neo 5.

Jio adds most Number of Active Mobile Users in March 2021