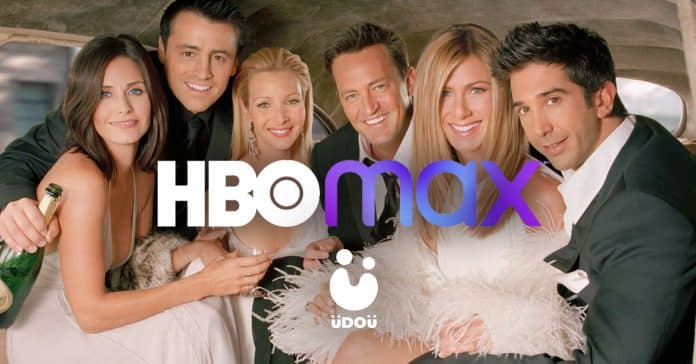 FRIENDS is one of the most popular web series which is still preferable for most of the audience. It is a 10 season web series. In these 10 seasons, we have seen Rachel (Jennifer Aniston) and Joey (Matt LeBlanc) who were work on their big breaks, Ros(David Schwimmer) and Chandler (Matthew Perry) who were finding love in some most unexpected places, and Monica (Courteney Cox) and Phoebe(Lisa Kudrow) supporting the group with god food and also out-there music.

This series has completed 17 years now, after that the last episode of the series is coming for a reunion especially to reminisce on their time in the famous 90’s sitcom. It is expected that the fans will not miss Friends: The Reunion.

It has been confirmed that Friends: The Reunion is going to be an unscripted long-time event where all the cast will come to the original set and flow to the memory lane together. Fans are also expected that they will see “rare behind-the-scenes footage” in the event.

It is also emphasized by the special that it is not the latest addition to the 236 episodes. They have also cleared that the special is not a new original episode of the series. All the cast of the show will appear themselves, not as their beloved characters.

David had teased in the Graham Norton Show that there is a surprise waiting in the store. On the BBC shoe, he has said that there is not anything scripted, they are not in character, but they are all themselves, the real people.

It had already been seen that the cast of Friends had shared the same picture on Instagram in February 2020 to declare the special reunion. They said that “It’s happening.” In the last and final episode, this series will be featuring the same casts, such as Jennifer Aniston, Courteney Cox, Lisa Kudrow, Matthew Perry, David Schwimmer, and Matt LeBlanc, on the original set of the show at Warner Bros. In the stage of studio 24 at Burbank in California.

In April 2020, HBO Max revealed that all the producers and casts are very excited to come into the production, as this will be the first time from the ending of the show that all the cast are reunited on the actual sets to reminisce.

Friends: The Reunion will also be directed by David Crane, Marta Kauffman, and Kevin Bright, with the writer of The Late Late Show with Jame Corden, Ben Winston. All the Friends stars and directors will be the executive producers.

HBO Max has confirmed that Friends: The Reunions will be premiere on 27th May, Thursday. There is also have 40 second-teaser that depicts the six actors together once again. It is expected that this one will create the same excitement inside the people just like the previous seasons.

How to Watch Friends: The Reunion

Friends: The Reunion will come very soon on HBO Max. If you are not a user of the streaming service, you should quickly sign up to enjoy the special. First, you should download the HB Max application and choose the free trial for seven days. After that, if you want to continue the service, then you can enjoy classic HBO shows and the latest content for $14.99 for a month.

If you want to access HBO through your cable provider, then you have to double-check to confirm that you have HBO Max access or not. The same process will be followed by the AT&T subscribers who may access HBO Max for a free year according to their phone plan.

Previous articleVingaJoy Heavy Bass Wireless Headphones Launched in India, Priced at Rs. 2,999
Next articleWho might take over at Juventus?