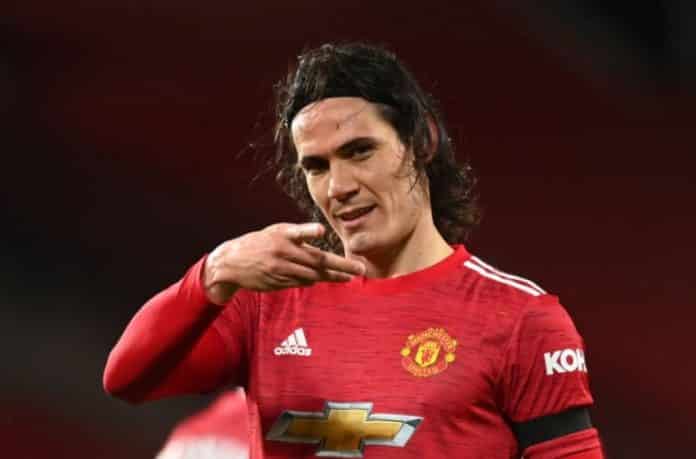 Edinson Cavani would receive a hefty bonus if he ended the next season as the club’s top scorer.

According to The Sun, Manchester United has promised Edinson Cavani to give the bonus in their latest deal last week. The Uruguayan striker had an excellent first season at Old Trafford, scoring 15 goals and six assists in 37 appearances. Cavani has stepped up and delivered in Anthony Martial’s absence pretty well.

Being satisfied with his performance, Manchester United offered him a new contract, and he penned down a new deal last week, which will make him stay at the club for another year.

The 34-year-old is currently the club’s fourth top earner. He will earn a lot more, provided he tops the club’s scoring charts. According to the report, Cavani will receive an impressive £100,000 if he ends next season as Manchester United’s top scorer. He will also earn a similar amount if he wins the Premier League golden boot.

However, finishing as the club’s top scorer will be a tough ask given how things have gone this season as Marcus Rashford, Bruno Fernandes are ahead in numbers this season. With the potential arrival of Harry Kane and Jadon Sancho next season, it will be more competitive for the veteran striker. But despite his age, Cavani has proven himself a dependable player, and United is keen to milk that last bit out of him.

Previous articleCall For Entries: Rugby Africa’s Inaugural Media & Photography Awards
Next articleFrom cricketers to COVID warriors: Here are some of the notable cricketers who have stepped forward in these tough times