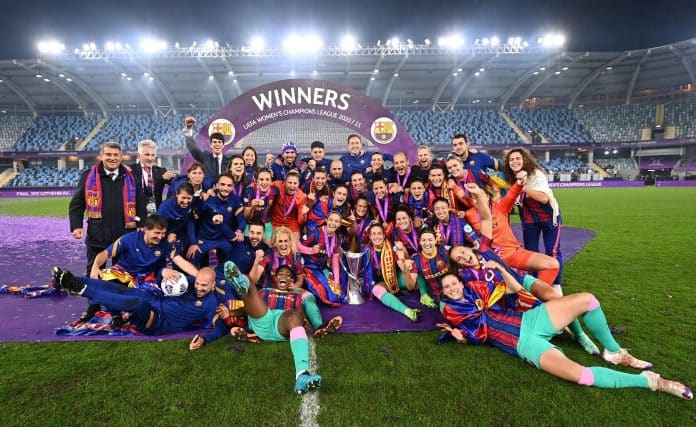 Barcelona Femeni thrashed Chelsea Women to win the 2021 UEFA Women’s Champions League and complete the double, having already won the Primera Iberdrola this season. It only took Chelsea 35 seconds to concede an own goal to help Barcelona to their first goal.

Chelsea conceded a penalty shortly after, which was converted by Alexia Putellas to double the Spanish club’s lead. Two counterattacks later, Barcelona were 4-0 up in the first half itself.

While Chelsea tried to respond multiple times in the first half itself, they were bit on the counter. The second half depicted the Blues as the better of the two teams, but the damage had already been done and they were unable to turn the scoreline in their favour.

Chelsea’s hopes for a quadruple have now been crushed, and Emma Hayes’ players will be hoping to win the domestic treble, having won the Super League and the Continental Cup this season.

The men’s team has the chance to turn things around in their favour on the 29th of this month, as they face Manchester City in the finals of the men’s Champions League.

Barcelona Femeni: The story behind their unparalleled 100% win rate in 2022