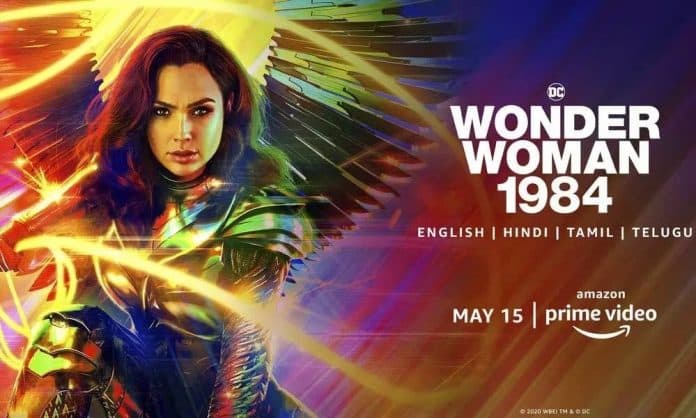 The plot is based on the Cold War era; this movie has been made by Patty Jenkins, the person who was the director of the first part of the franchise.

Last Year Gal Gadot’s Wonder Woman had got a mixed response from the viewers. It has been reported that Wonder Woman 1984 had struggled with sequel overload, but still it had offered enough vibrant escapism to glad the fans of the franchise and also its classic central character.

It was set in the 1980s, the DC film reveals Diana fought against Kristen Wiig’s Cheetah and also Pedro Pascal’s Maxwell Lord.

The opening scene of the film reveals the childhood of Diana who is very energetic and a refreshing kid to participate in a huge athletic tournament on Themyscira against her more older contestants. We had seen that she falls from her horse and finds out a shortcut and misses the checkpoint. She was disqualified by Robin Wright and taught a lesson of honesty.

As it was a big-budget film, Patty Jenkins and his team were able to include some exciting action scenes that were better and also bigger in scale. The action scenes of the first Wonder Woman were also good but this time it is bigger than shows the actual capabilities of Wonder Woman.

There is no word to describe Gal Gadot in the film but with the addition of Kristen Wiig and Pedro Pascal and also with the returning of Chris Pine, the movie was filled with great performance, Pascal was mainly the focus of the film.

It seems that Wiig’s Cheetah is not as interesting but the performance of the actor was more than made up for it. In the role of Maxwell Lord, Pascal had seen very compelling, scary, and more than everything.

At the ending of the film it was exposed that Maxwell Lord was granted all of the wishes of a large population and after that the wishes of the people become true but with it, they also have faced some consequences as all of their power sucked by Maxwell Lord, but after they made renounce their wishes, things become normal. It brings a huge impact on everybody but at the end of the series, all of the things become normal.

It was confirmed that Wonder Woman 1984 will start to stream from 15th May 2021. It is expected that the viewers will enjoy this DC action film a lot.