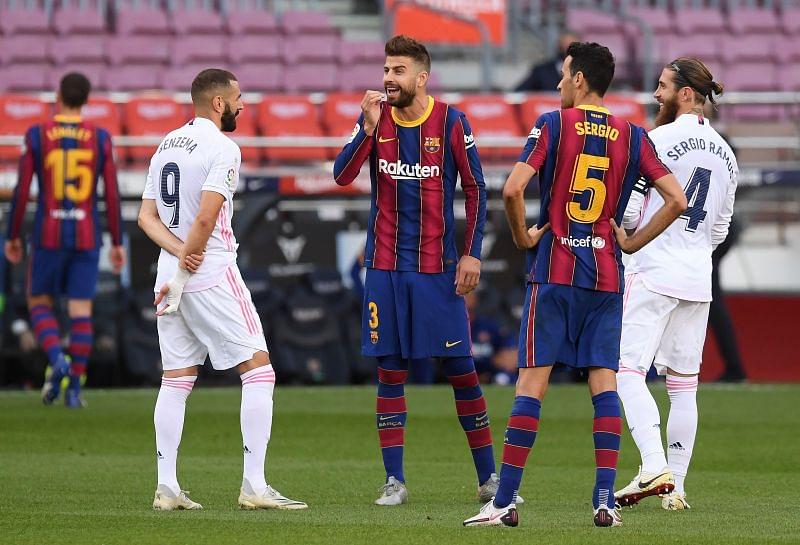 We are at a time when Barcelona and Real Madrid are both entering the end of a cycle. Old players will soon be replaced with newer blood, and that process is set to be initiated this summer, at both clubs. Interestingly, a part of it has already begun.

Talking about Real Madrid first, youngsters like Federico Valverde, Vinicius Junior and Eder Militao have been given more of a chance this season. However, the likes of Mariano Diaz, Miguel Gutierrez, Sergio Arribas and Antonio Blanco will be gunning for a chance in the first team.

Add to that the prospect of returning loanees like Martin Odegaard, Katefusa Kubo, Luka Jovic and Reinier to name a few, and you have an entire generation of players waiting to don the famous white shirt.

Zidane’s future is also up in the air, and we could be seeing a new face on the bench next season, leading the new generation of Madrid.

The same can be said for Ronald Koeman, whose future at Barcelona looks uncertain. Who exactly will take up the reins following Koeman’s departure, if it happens, is uncertain. The Blaugrana, however, are ahead in their process of rebuilding.

Exciting youngsters like Ansu Fati, Pedri, Oscar Mingueza, Ilaix Moriba and Riqui Puig (although he hasn’t featured much) have started to make their mark on the first team. Older players will slowly start to be taken out of the regular playing XI, which will give rise to a much needed fresh look for the club.

With that said, both clubs have an exciting future lined up for them. But it will be a few good years before they are at the levels that they were 3-4 years