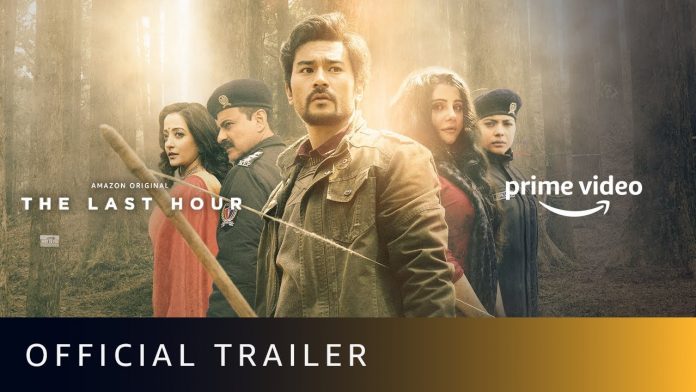 Amazon Prime Video has been released the trailer of the supernatural crime drama series The Last Hour. It has been returned with some ensemble cast included with Sanjay Kapoor, Karma Takapa, Shahana Goswami, Shaylee Krishen, Raima Sen, Robin Tamang, and Mandikini Goswami. It is an interesting web series which is written and produced by Amit Kumar and Anupama Minz.

The trailer of the series is two minutes long. The trailer just shows a short idea into the intriguing narrative of the series. It also depends on your belief in supernatural powers. In this, you will see Karma Takapa who can watch and also speak to the souls of the dead people. He thinks that it is his god-gifted ability so that he can help those dead souls.

Arup, who is a tough police officer has used this power of Karma to solve the mystery of five murders in a little town of Himalaya. He hired Dev as a local informant. But something observed more suspicious in Kapoor’s character.

At the end of the trailer, it has been felt that there would be more things beyond meeting the eyes. It has also some love scenes as Dev falls in love with Pari who is a daughter of Arup. She is a college student. He is torn in between duty and love. The big question arouses is will he be able to utilize his gift to save or it will destroy everything.

Sanjay Kapoor tells that the story of The Last Hour is very unique and also narrative so that he take up the project. He has been shared that has played a diverse role as a host in films more than the last 26 year, he had been thrilled he had approached as a part of this supernatural crime thriller to play the important role of Arup. He was told that working in The Last Hour is also an amazing experience for him.

Karma Takapa who is playing the role of a Shaman has been felt that the audience will definitely love the series for its unique storyline with supernatural elements. He has said that he is a director and he never thought Amit would approach him to audition for this intense role of Dev as a Shaman. After reading the script he had known that he wants to be a part of this series.

The series has been set in the Northeast region of India which is very close to him as he belongs to Sikkim. This series is produced by Amit Kumar and also Academy award and four-time BAFTA award winner Asif Kapadia.

Previous articleAirtel steps up in this Covid crisis
Next article“Made in China” not anymore, China-based gadgets vanish from Amazon