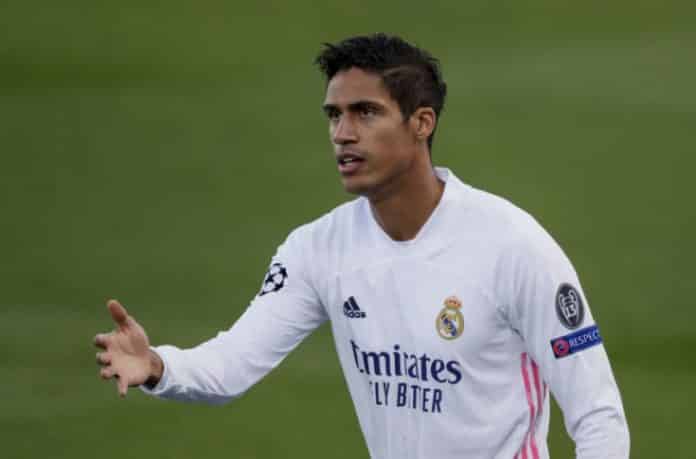 Manchester United is considering a move for Raphael Varane this summer as Ole Gunnar Solskjaer wants him as the partner of his captain Harry Maguire in the backline of his team. The Red Devils are reportedly lining up a £40million bid for Real Madrid centre-back.

Raphael Varane joined Real Madrid in 2011. In these 9 years at the Spanish Club, he has won 3 La Liga, 1 Copa Del Rey, 4 UEFA Champions Leagues, and 4 FIFA Club World Cup. He also won the FIFA World Cup in 2018 with France.

United had tried to sign the Frenchman in the past but failed to do so. But this time, United is confident of signing him as Varane wants a new challenge.

After the match against Liverpool, Ole said, “Harry has been amazing since he came to the club. He’s been more or less ever-present, so of course, when a player is a leader, a captain, the status of him, his presence is missed.”

“But then we have players who can come in and it’s a chance for everyone to take on that little bit of leadership. We need to do that when he’s gone. You can hear him in the stands when he’s not playing. Someone else has to take that responsibility now.”