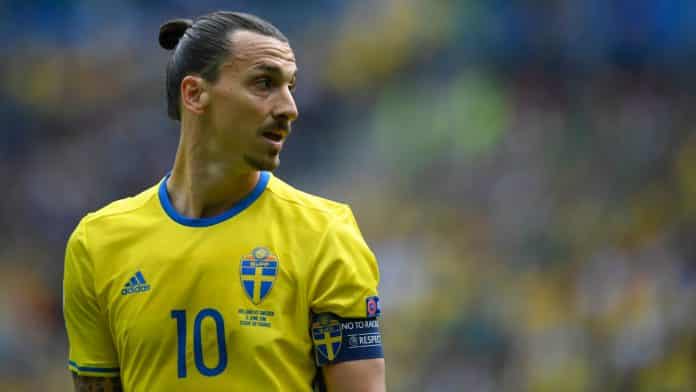 After a long gap, Ibrahimovic decided to return to the Swedish national football team for the European Champions. The 39-year-old has enjoyed a revival in his career with a series of transformational performances with AC Milan.

The striker played his last game for Sweden in 2016 against Belgium in the Euros and was supposed to return to participate in the competition once again.

Here is what Sweden head coach Janne Andersson had to say when Ibrahimovic returned to the national team: “First and foremost, he is a very good football player, the best we have had in Sweden.”

“It is of course very funny that he wants to come back. In addition to what he can contribute on the pitch, he has incredible experience and can contribute it to other players in the team.”

But unfortunately, Ibrahimovic has been ruled out of the Euro 2021 because of injury. He twisted his left knee during his club’s 3-0 win over Juventus last Sunday, but there was still hope that he would recover in time to make the Euro 2021 in June. But, that will now not be the case.

In an official statement, Andersson confirmed: “I spoke today with Zlatan Ibrahimović who unfortunately announced that his injury will stop his participation in the European Championships this summer.”

“It feels sad, of course, especially for Zlatan but also for us. I hope that he is back on the field again as soon as possible.”

Ibrahimovic came out of retirement to feature in the World Cup qualifying wins over Kosovo and Georgia in March. The player has earned 118 caps and scored 62 goals for the national team since making his debut in 2001.