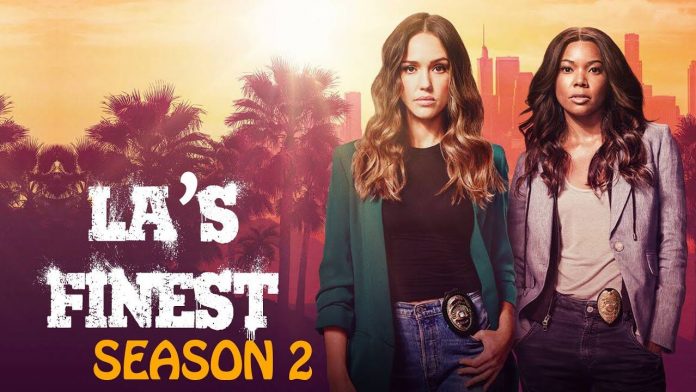 L.A.’s Finest is an incredible addition on Netflix as we all know that this series has been renewed for a second season, and it will also join Netflix. Now, the main query is the releasing time of season 2 of L.A.’s Finest on Netflix.

It has informed that the Bad Boys franchise has a spin-off that ran on the Spectrum Originals for two seasons before it would be cancelled. It is featured with Gabrielle Union and Jessica Alba, the two police officers within the LAPD.

In the United States and Canada, Netflix is the only recipient of L.A.’s Finest in January 2021 and both cases. This series is featuring from the top 10s. It has come up that the series was enjoyed for just the shy of a month in the top 10s, which means for 26 days.  In Canada, it belonged in the top 10s for just two weeks.

Season 1 of this series was moving on Spectrum Originals in the US between May 2019 to June 2019. It is about a year after that the season 2 of the series will drop due to its delay from the summer and have to face the protests of BLM hitch predominantly targeted at the cops. Season 1 also was airing on FOX in the United States and declared come on Netflix back in December.

It was expected that the series would arrive on Netflix a year later, which would be January 2022, but it came on Netflix much sooner. It has now confirmed that season 2 of L.A.’s Finest will come on Netflix in the United States on 9th June 2021.

If you are expecting further for the third season, then we will say that, unfortunately, you may be disappointed. After releasing season 2 on Spectrum Originals, the series has been cancelled by Spectrum.

It is assuming that there are two reasons for the cancelation of the series.

The first one is due to some political events; the show was delayed in the US for season 2. Still, the more strong reason is that the Spectrum Originals is like a concept that seems to be coming at the end with no latest shows, which were further declared for the network in a while.

It is unclear that Netflix should watch huge numbers for the series as they possibly work in a deal with Sony Picture Television to heal the show.

Here is the trailer of L.A.’s Finest(Season 2):

Share
Facebook
Twitter
Pinterest
WhatsApp
Linkedin
Previous articleParis Saint-Germain releases official statement for the release of their new home kit for the 2021-22 season
Next articleHere’s how the gaming industry reacts to BATTLEGROUNDS MOBILE INDIA’s pre-registration, starting from 18th May