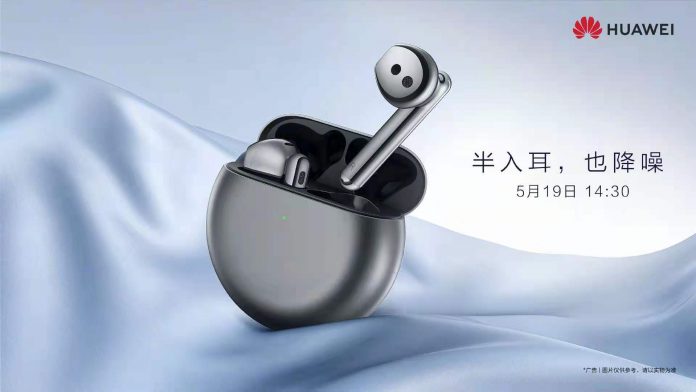 Huawei is gearing up for its launch on May 19 where it will release the MateBook 16, FreeBuds 4 among other devices. Huawei has had issues relating to smartphone production due to the US government and their inquiries. The brand has been focused on releasing other devices and top-quality accessories.

In a teaser on the official Huawei page on Weibo, the launch details were released along with images of the FreeBuds 4. The earphones themselves along with the charging case bear a striking resemblance to its predecessor, the Huawei FreeBuds 3. Huawei FreeBuds 4 will feature a semi in-ear design to provide an equal balance between sound quality and a comfortable fit.

The color variants expected to be available in the Huawei FreeBuds 4 are gray, white, and red. The images released of the gray variant seem to have a glossy finish.

Huawei’s May 19 launch will feature the release of multiple new products, most of which are unknown but will vary from smart TVs to earphones and smartwatches.

One day later on the 20th of May, Oppo and Vivo will be releasing their own TWS earphones in China, Oppo will launch the next Enco TWS buds whereas Vivo will release their Vivo TWS 2 truly wireless earphones.