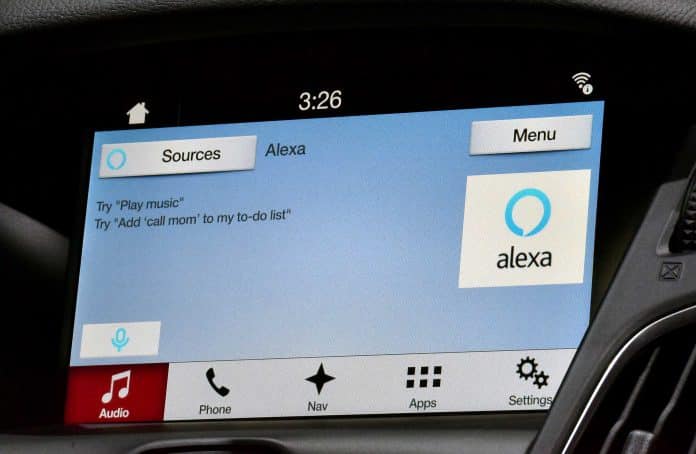 Amazon is deepening its ties with American automaker, Ford Motor Co., in a six-year deal that will integrate Amazon’s Alexa into the entertainment system of F-150 trucks and other models.

This year, Alexa will be integrated into new and recent models of the pickup, as well as the Bronco and the electric Mustang Mach-E in the U.S. and Canada that would take the total to about 700,000 Ford vehicles. New and existing vehicles powered by Ford’s SYNC-4 in-car software will also offer drivers the option of invoking Alexa hands-free.

For Amazon, the six-year deal is the broadest single rollout of its digital assistant in vehicles to date, which also marks a rare instance of an automaker integrating the voice-activated software natively. That means drivers can access Alexa without using a phone, downloading an app, or pressing a push-to-talk button, they can directly access Alexa from the dash entertainment system. The companies declined to disclose the financial terms of the agreement.

“It’s very expansive,” Dave Limp, an Amazon senior vice president who leads the company’s devices and services group, said of the deal. “Ford has been working for the past couple of years to enable their cars to have this hands-free experience. We were able to take advantage of it.”

For three years, Ford will provide drivers with free internet connectivity that enables Alexa features, such as asking for directions and messaging, but this will not include music streaming. After that, they’ll likely need to pay for a data or software plan, which Ford hasn’t detailed yet.

For automakers and tech giants eager to extend their reach, the dashboard has become prized real estate. Despite its leading position in-home digital assistants thanks to the Echo smart speaker and Alexa, Amazon has been playing catchup on the road. In general, as you must have seen and do, most drivers prefer to link the phone they carry to their vehicle, putting Apple and Google in a commanding position thanks to their domination of the smartphone market.

Under fairly newly appointed Chief Executive Officer Jim Farley, Ford is trying to move from selling cars to customers one-at-a-time, to a purveyor of services for the driver and passengers. Over-the-air software updates to things like the entertainment system are what makes that business model possible.

“We think it’s big dollars,” Purdy said. “We also think our customers are asking for it.”

According to a report by Bloomberg, earlier this year, “Amazon…started letting carmakers use Alexa’s building blocks to create their own software, a challenge to Cerence Inc., the leading builder of custom voice software for auto companies including Ford.”

As part of the broadest single rollout deal of Alexa in vehicles announced on Thursday, Ford and Amazon will set up a joint team to work on custom Alexa applications for commercial fleet operators.