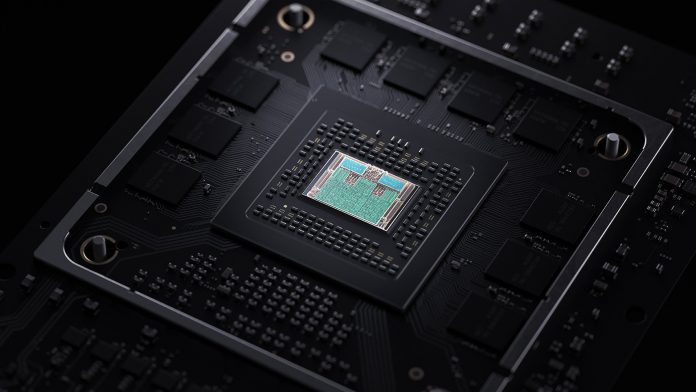 Recently some detailed and high-resolution pictures of the AMD 4700S PC Desktop Kit have been shared online by a Twitter user called, Disclosure. It reveals a motherboard featuring a partially disabled Xbox Series X APU along with onboard GDDR6 memory.

A few weeks ago, the AMD 4700S PC Desktop Kit was listed online and is available in both standalone motherboard ‘Desktop Kits’ and also fully assembled gaming PCs. Coming to the specifications, the AMD 4700S is an 8 core and 16 thread chip and is based on the Zen 2 core architecture. The CPU clocks up to 4.0 GHz and features a 12 MB cache however, the CPU is much faster than that of the Xbox.

In the leaked images, the integrated GPU is disabled. We know that Xbox Series X makes use of a custom RDNA 2 GPU with 12 TFLOPs of computing power, 52 Compute units running at 1.82 GHz, and is powered by 16 GB of GDDR6 memory.

In the images, the motherboard which houses the AMD 4700S chip still has the 16 GB onboard GDDR6 memory and there are no standard DIMM slots on the board and the system memory is fused directly to the motherboard. The motherboard also sports a standard spiral aluminum-fin-based heatsink and the PCH is also covered by a heat shrink.

The motherboard looks extremely powerful as it features a 5-phase VRM design for the AMD 4700S APU & a 3-phase supply for the memory. The APU is powered by a single 8-pin connector and the board is powered by a 24-pin ATX connector.

Previous article“Panic”: All the details we need to know about the Amazon Prime Video series
Next articleLeEco announces its comeback, launch event on May 18