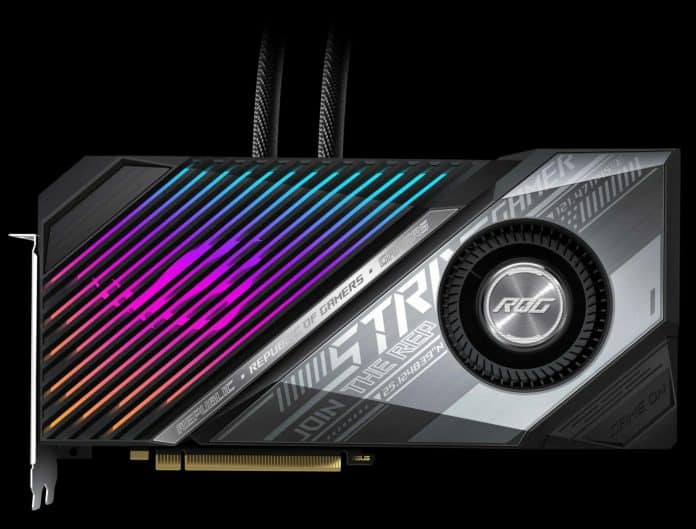 The shroud has a stunning display of ASUS’s AURA SYNC RGB lighting and has a futuristic shroud. The shroud has a blower-style fan, to blow air into the internal chassis of the graphics card.

According to sources, the internal chassis of the GPU will have a large cold plate to cool both the GPU silicon and GDDR6 VRAM featured on the PCB. The card is powered by a triple 8-pin connector configuration.

Coming to the clock speeds, the card has a game clock of 2375 MHz and the boost clock of 2525 MHz. but it is still a far cry from the Sapphire Radeon RX 6900 XT TOXIC Extreme which boosts up to 2.7 GHz but that’s made possible thanks to a 360mm AIO cooling compared to the 240mm rad on the ROG STRIX LC.