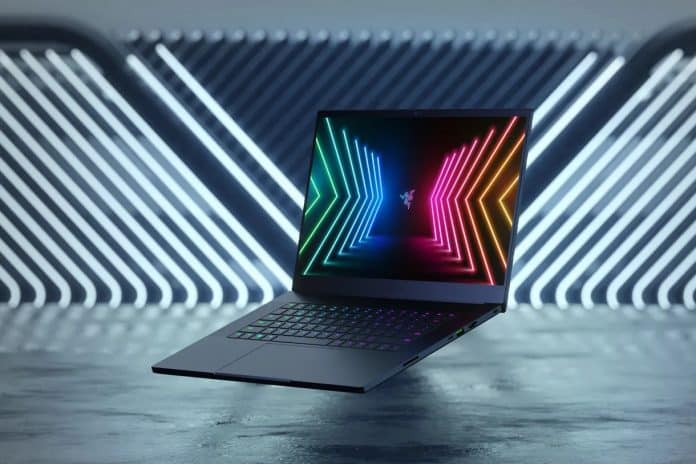 Razer has released their new Razer Blade 15 laptop it comes with NVIDIA’s GeForce RTX 30 series GPUs and Intel’s Tiger Lake-H 11th Gen CPUs. It is capable of delivering a massive performance while gaming.

The laptop comes in two variants, the first one being a basic model and the other being an advanced model. The Razer Blade 15 Advanced laptop comes with a 15.6″ display, which has 1080p, 1440p, and 2160p resolutions and 360 Hz (FHD), 240Hz (QHD) refresh rates; it also comes in a 4K variant which has a standard refresh rate of 60Hz in addition to an OLED touch panel.

Other than that, it features an Intel Core i7-11800H Tiger Lake-H processor and an NVIDIA GeForce RTX 3080 GPU. It has a memory of 1 TB PCIe storage and 2 extra memory slots, while the base variant has 512 GB storage & just one extra M.2 slot.

However, both the variants have 16GB DDR4 RAM and are 15.8mm in thickness. Although in the case of the advanced variant the RAM is expandable up to 32GB.

The advanced variant has some exclusive features such as Razer Chroma support, SD card reader.

The I/O slots in both the models include SD Card Reader, a Type C USB slot (Thunderbolt 4), a USB port, HDMI 2.1, a 3.5 mm Combo Audio, Power and a Kensington Lock.

To check out all the models click here Razer.

EURO 2020: Netherlands and Austria make it to the Round of 16 from Group C