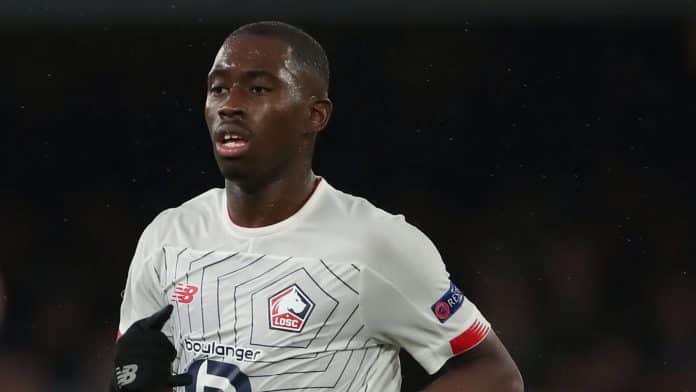 Leicester City are set to complete the signing of Boubakary Soumare from Lille. The midfielder had reportedly agreed on terms with the Foxes back in February. And a 5-year contract running until June 2026 is to be signed by the player soon.

The two parties are currently sorting out the last details of the contract, and then the deal will be official. The transfer has been given the ‘here we go’ signal by Italian journalist Fabrizio Romano, and is expected to be made official very soon.

Leicester City will pay Lille a sum just below €30 million for the 22-year-old. Soumare has featured in the starting lineup on just over 50% of occasions. He has appeared in 41 games across all competitions for the club this season and has acquired 2,403 minutes under his belt.

He has earned 13 caps for the France U21 international team but is yet to score. Soumare mainly works as a defensive midfielder and will be a great addition to Brendan Rodgers’ team. A partnership alongside Youri Tielemans could serve the Foxes well, especially if they qualify for the Champions League next season.

Soumare came up through the Paris FC youth academy before transferring and graduating from the PSG academy. He joined Lille on a free transfer from PSG’s B team in 2017 and has featured for them ever since, making 110 appearances throughout his career.

The Foxes are also keen on signing Atalanta left-back Robin Gosens and are keeping tabs on him along with the likes of Manchester City.

The profitable betting on line on telling 1xBet site