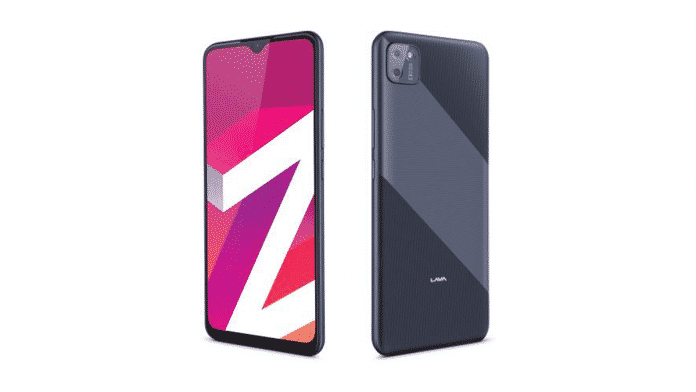 The LAVA Z2 Max launched in India silently as a budget smartphone. The company has revealed the device on its official website. The smartphone will be available via Flipkart in India.

LAVA Z2 Max will be available only in one storage option. The 2GB RAM + 32GB storage variant is priced at ₹7,799 in India.

The phone will have a 7″ HD+ display that has a dewdrop notch that houses an 8MP front camera. There is a dual rear camera setup at the back that houses 13MP primary and 2MP secondary sensors.

LAVA Z2 Max will run on Android 10 Go paired with a Mediatek Helio Quad-core processor. The phone features 2GB RAM and 32GB of internal storage. The phone is powered by a 6000mAh battery whose charging capacity has not been revealed. It is expected to come with a normal 10W charger in the box.

The phone is surprisingly thick by 9.05mm and weighs 215 grams which are also surprisingly heavy for such a low configured device.

LAVA introduced its first-ever fitness band BeFIT at only INR 2,699

How to customize your own LAVA ‘My Z’ smartphone in 66 different ways?