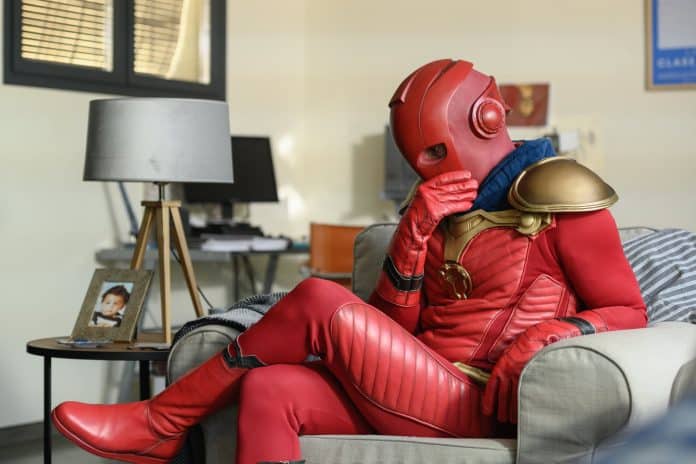 Netflix has released the trailer of season 2 of the series The Neighbor. Many viewers are just seeing this show for the first time. The series is based on some superheroes unconventionally; viewers have shown a lot of love to it till now.

Netflix’s Spanish superhero comedy series The Neighbor is based on a young and irresponsible man who got superpowers from a dying superhero alien. The name of the man is Javier, a simple journalist and is struggling with his life as an adult; his relationship does not also go well.

Before one night, her life was a very ordinary one, and after that night, all the things had changed after a superhero from space came to the life of Javier and changed his life completely by giving his superpowers. After that, he can fly and possessed super strength; Javier began to live a superhero life in the secret of the superhero titan.

But after some time, he also started to struggle to decide the right way to use his superpowers. In this superhero journey, he also got some help from his neighbour name Jose, the only person who knew the truth about his handsome neighbour.

The ex-girlfriend of Javier, Lola, who was a wise reporter, has strong doubt about him. After that, Javier, his neighbour, and also his friends decided to use the right way to utilize the superpowers. They decided that the power would be used to fight against the evil super-villains and save innocent people.

After watching the trailer of the second season of this series, it seems like this time it will expose a lot of Titans for Javi to compete against them. If you think it is easy as it looks, you are wrong; it is not as easy as you think. This time the competition has better control over their powers than he has.

It depicts that while Javi thinks that he is conquered as a superhero on the Earth, at that time, the challenges arise from an unpredictable competitor and also from extraterrestrial visitors. It also shows that if you want to be safe, then don’t call him.

The viewers of the trailer also have shown a bunch of love to the series. Some say Netflix seriously loves making superhero TV shows and also movies. Some also appreciate the second season and are told that they are delighted to see the trailer of the second one after the amazing first season.

This series is based on Santiago Garcia and Pepo Perez’s comic. It is directed by Nacho Vigalondo, It featuring Quim Gutierrez and Clara Lago in the lead role.

It has been informed that the Season 2 of the series is going to release on 21st May 2021. It is expected that it will create a huge excitement inside the viewers.

Previous articleExclusive: ASUS India cancels ROG Flow X13 and Zephyrus laptop India launches to be held on May 12th
Next articleByteDance is on a Hiring Spree to Challenge E-Commerce King Alibaba Ahead of Mega IPO