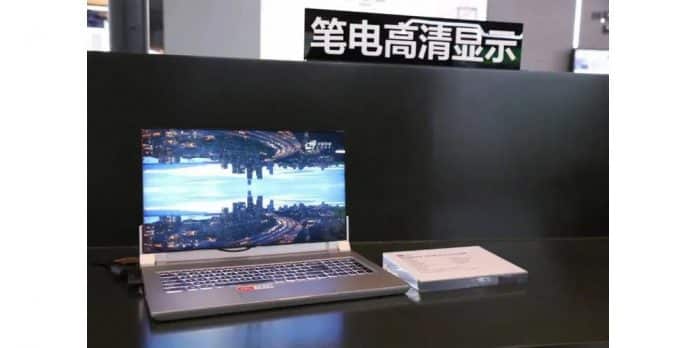 In its latest held showcase in Guangzhou, China, TCL unveiled various new kinds of TVs or panels for TVs and some of its latest developments in flexible-display technology. They were unveiled as part of the OEMs “Ultra-HD Vision, Eye Color Life” press conference. But, it’s not just that; the OEM also introduced some seemingly cutting-edge screens for next-gen mobile PCs.

According to TCL, their flagship unveils a new 17.3-inch mini-LED panel with a “4K×2K” resolution. The prototype is120Hz rated for a screen-to-body (STB) ratio of no less than 97% and having potential for nearly-not-there bezels. According to TCL, the panel also supports a grey-to-grey (GtG) response time of as little as 3 milliseconds (ms) and local dimming.

Its next presentation was a 15.6-inch panel which the OEM is pitching at the business laptops of the near future. It is an LTPS screen that comes with bezels measuring only 1.4mm thanks to an STB ratio of 96%, along with a “5K×3K” resolution. It also has up to 500nits brightness and full DCI-P3 coverage.

The OEM also launched its new mini-LED “Star Obsidian Screen”, featured in the next-gen 75-inch 8K TVs. TCL’s next unveiled panel is the first to integrate “4mask” IGZO backplane technology. The dubbed “1G1D 8Domain HVA LCD” is also 8K/120Hz on launch and is also quite a decent size at 85 inches.

Previous articleWorld Rugby and unions confirm men’s July test schedule
Next articlePS5 redesign is on work, but it is not about The External Look