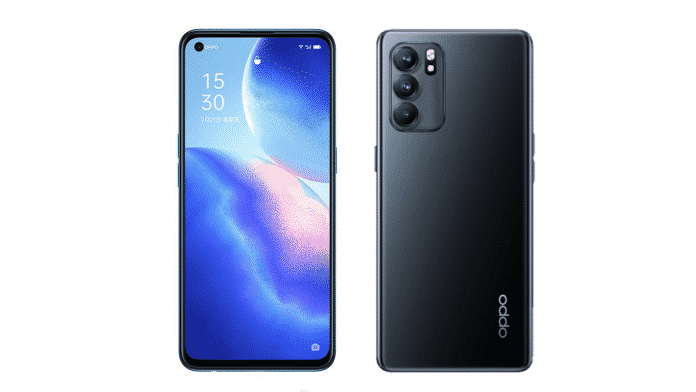 Image and details of a new Oppo device with model number PEQM00 were released today. The device appears to be a mid-range variant based on first impressions but what is unique however is the fact that the device has a Mediatek MT6877, an Octa-core one with a maximum frequency of 2.4gHz which appears to be very interesting.

The device comes with a 6.43″ FHD+ with a refresh rate of 90Hz and an OLED display. From the specs that we know at present, the memory seems to be 12GB RAM and 256GB storage, it could possibly be on the higher end of the mid-range sector of phones.

The battery is a 4400 mAh one, it is unknown if it will be fast charging supported. The camera setup stands out and is a triple camera on the rear with a punch-hole camera in the front. The rear camera is a 64MP camera whereas the front will be a 32MP camera and features an LED flash on the rear. The rear camera features the OmniVision OV-64B main sensor.

The device looks similar to the Reno series phones, it could quite possibly be a model in that series itself however as of now, there is no knowledge regarding that. In general, the device looks elegant and sleek and will come with Android 11.

Oppo has been keeping users in the dark regarding the price and release date of this device, the MediaTek chipset featured in the device is not officially out yet either, it will be interesting to keep an eye on its release date as it may give us a fair estimated date as to when Oppo might release this device!