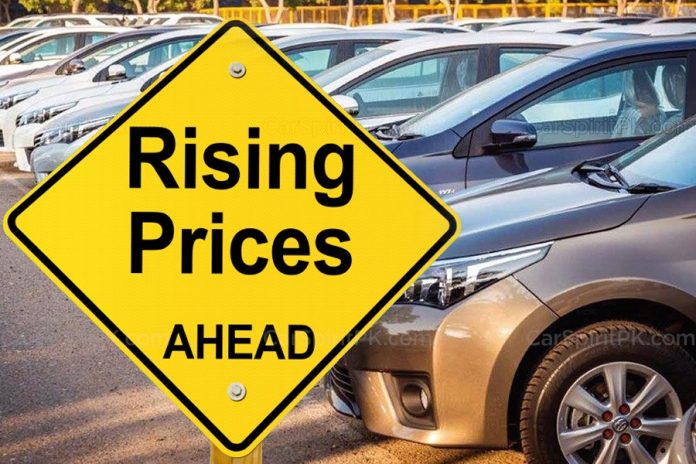 Cars are back in the trends courtesy of the pandemic. And thanks in part to surging commodity prices, they’re also getting more expensive.

Many of the essential materials required for making cars, such as steel, copper, and aluminium, are hitting or approaching record highs this year as the stimulus-driven demand runs further ahead of the lagging supply. The Bloomberg Commodity Spot Index jumped to its highest since 2011, with metals up 21% so far this year. Should the current rally morph into a long period of rising prices, they could forebode inflation across the board.

Analysts at JPMorgan Chase & Co. estimate that the price of an auto’s raw materials has climbed 83%. Those pieces typically make up about 10% of the cost of building a vehicle; analysts for the bank wrote that this means the price tag for a $40,000 car would have to increase 8.3% to offset the rally.

“We’re definitely feeling the commodity headwind,” Jim Farley, chief executive officer of Ford Motor Co., said last week, according to Bloomberg. “We’re seeing inflation in a variety of parts of our industry, kind of in ways we haven’t seen for many years.”

Carmakers usually struggle to pass on higher costs, but as major economies reopen and many consumers avoid public transportation due to the risk related to it, demand is booming. The global semiconductor shortage also is inhibiting production, keeping inventory tight and driving up vehicle prices.

In the U.S., rental companies resort to buying used vehicles at an auction rather than new ones as the car supply is so limited.

Steel is the main contributor to higher commodity costs hitting the industry. It is needed for chassis, engines and wheels. The metal’s recent rally has smashed records as China — by far the biggest producer — took measures to curb output.

Just as the automaking industry implements an energy transformation to meet tighter emissions standards, the boom in copper prices adds to the costs of electric vehicles (EVs). According to consultancy Wood Mackenzie Ltd, EVs use around three and a half times more copper than gas guzzlers because of the larger amount of wiring inside.

Automakers like Tesla Inc. and Volkswagen AG trying to make EVs more price-competitive with traditional cars are expected to be most affected by these increases.

They also may encourage automakers to explore alternative chemistries for their EV batteries. Lithium, cobalt, and nickel have jumped a minimum of 47% each in the past 12 months, and most cells use a combination of these elements.

Battery startup Solid Power Inc. is working on cells that would remove the need for those metals, leading to a 10-fold decline in power pack costs. Ford and BMW AG were among those investing $130 million this month in the startup.

“They are looking to spread that risk,” said Caspar Rawles, head of price and data assessments at Benchmark Mineral Intelligence. “There is no hedging for lithium or cobalt.”

BMW Chief Financial Officer Nicolas Peter said on Friday during an earnings briefing that the company expects headwinds from rising commodity prices of as much as 1 billion euros ($1.2 billion) for the year. The German automaker singled out rhodium, steel and palladium as particular worries in the coming months.

From 2025, BMW plans to produce vehicles on a new architecture that will allow the recycling of materials such as steel, aluminium, and plastics to make new cars, which shows that BMW is working to be less in the longer term exposed to price squeezes in key raw materials.

Jeep maker Stellantis NV — formed from the merger of Fiat Chrysler and PSA Group –- said it needed to recover some of its higher costs, and the marketplace is supportive so far.

“It’s hard to imagine a better environment with which to pass through the impact of supply shock and price inflation to consumers who are effectively lining up to take delivery of their new car off the car carrier,” analysts at Morgan Stanley wrote in a note. “It’s a seller’s market in autos.”

Why Maruti Suzuki Ends Up Sacrificing on Safety of Its Cars in India?