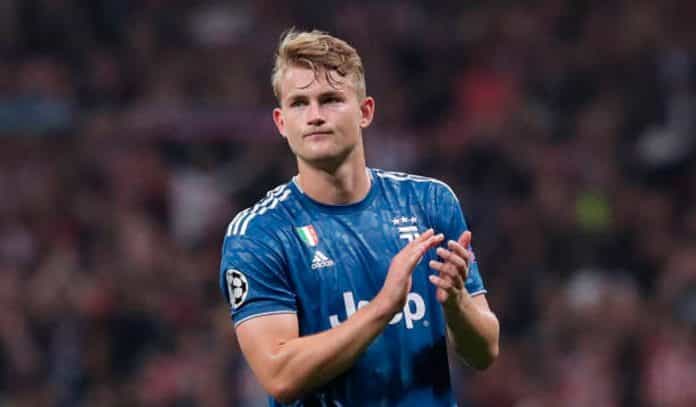 Barcelona have reportedly had a bid snubbed for Juventus’ Matthijs De Ligt. The player completed a £67.8 million move from Ajax to Turin and has not hit the heights that fans hoped he would.

The Dutchman joined the Bianconeri following an impressive 18/19 season which saw them progress into the semi-finals of the Champions League and win the Eredivisie. De Ligt, as a teenager, was the captain of the team and was responsible for scoring against Juventus to eliminate them that year.

Ronald Koeman knows De Ligt well from their time together in the Netherlands national team. The 21-year-old was scouted by Barcelona when he was with Ajax and was one of their main targets. However, the player chose the Serie A giants instead.

Barcelona did seal a move for his Ajax teammate, Frenkie de Jong that summer when they signed him for £65 million. The midfielder has been incredible for Barcelona and has established himself as one of the first names on the team sheet.

De Ligt has a release clause in his Juventus contract, which is valued at €150 million and comes into effect from 2022. While Barcelona will surely not be able to match that amount, they could try again for him in the summer. Their pursuits could also be helped if Juventus fail to qualify for the Champions League this season.

The young centre-back could be the heir to Gerard Pique and the replacement for Samuel Umtiti, who has faced numerous injuries throughout his Barcelona career. However, only time will tell if a move materialises for the player once more.