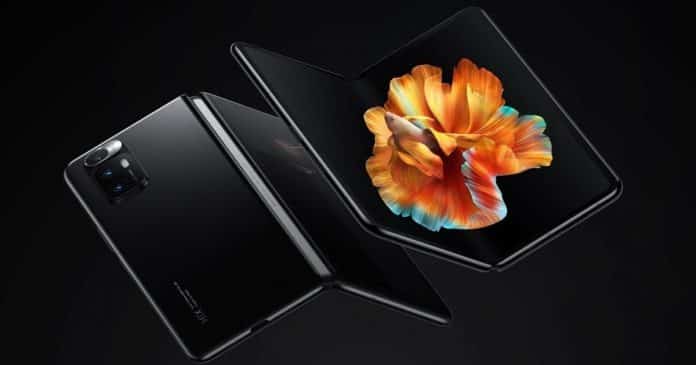 Xiaomi made its debut in the Foldable Phone segment with the Mi MIX Fold a couple of months back. Xiaomi has taken the same approach as the Samsung Galaxy Z Fold series, as the Mi MIX Fold comes with a cover display and a foldable display. Now, It looks like Xiaomi might be planning to release another product in the category. A fresh leak by Digital Chat Station reveals that the Chinese smartphone manufacturer is working on a new Foldable with model number J18S. The upcoming Xiaomi foldable might also pack an under-the-display front shooter. The leak also tells us key specifications of the upcoming Xiaomi foldable. Let us take a look at the details,

Digital Chat Station claims that the upcoming Xiaomi Foldable will offer a 90Hz refresh rate display. Though, the leaker hasn’t specified if the folding display will also carry the same refresh rate as the cover display. An earlier leak by Xiaomiui had revealed that Xiaomi is working on a foldable with codename ‘argo’, and it might be the first Xiaomi device to offer an in-display front camera. Xiaomiui claims that the ‘argo’ and J18S are the same device, Xiaomi’s next foldable might come with an under-display camera.

To recall, Xiaomi had announced its third-generation in-display camera technology last year. Xiaomi says that its third-generation in-display camera technology will be able to hide the under-screen camera perfectly, and the images shot with the under-screen cameras will be at par with the images shot with the conventional selfie camera.

Digital Chat Station has key specifications of the camera setup on the upcoming Xiaomi foldable. The device will feature a 108MP primary camera, a liquid lens with 3x optical zoom, and an ultra-wide sensor.

Unfortunately, the exact moniker of the phone remains a mystery but we can speculate it could be an updated version of the Mi MIX Fold.