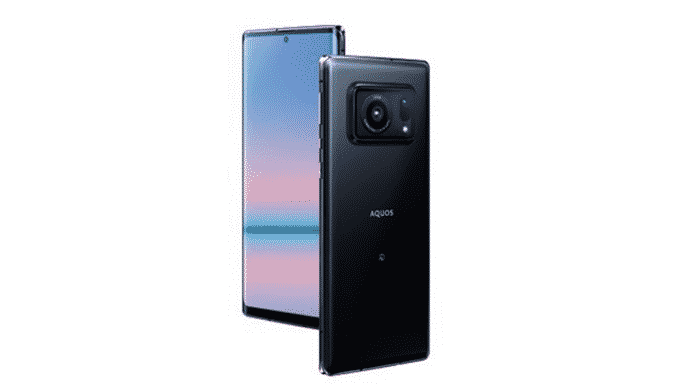 Sharp is a lesser-known smartphone brand in many countries, but it is well-known in Japan. Sharp’s Aquos R6 is the latest smartphone rumored, and alleged renders of the product have been leaked online. A well-known tipster has revealed this information on Twitter. You can find the tweet below.

As a successor to the AQUOS R5G, the AQUOS R6 is scheduled to arrive. The previous handset was launched in the previous year. The camera module of this smartphone is “Co-engineered with Leica” and at the back, we can see two cameras. Huawei, the Chinese giant, has been producing a smartphone with Lecia-engineered cameras.

Now they are associated with Sharp so it has to been seen whether they will continue their relationship with Huawei or not. The smartphone has a curved edge display with a centrally aligned selfie camera cutout. We can spot the camera but are unaware of its specifications. By the looks, it seems to have a thick body.

The previously launched AQUOS R5G flaunts a 6.5-inch IGZO Quad HD+ display and comes with a screen resolution of 1440 x 3168 pixels. It offers Dolby Vision and U-NEXT HDR output. The smartphone is powered by Snapdragon 865 mobile processor and is coupled with 12 GB of LPDDR5 RAM and 256 GB of UFS 3.0 storage.

In terms of optics, it has a front camera of 16.4 MP. The back camera setup has a 12 MP primary lens and is backed with an OIS system. The back module is supported with a 12 MP telephoto lens and a 48 MP super-wide lens. The smartphone houses a 3,730 mAh battery cell and sports an IP68 rated dustproof and water-resistant chassis. The report also suggests that Sharp Aquos R6 might be launched on May 10.